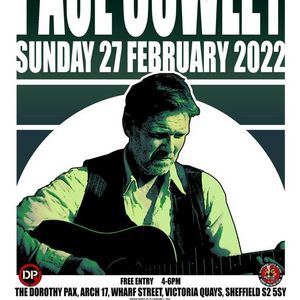 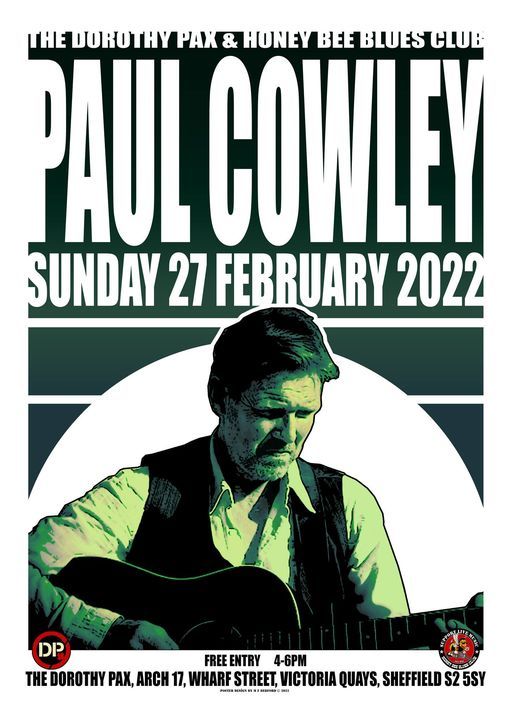 The Honey Bees welcome back one of our yearly regulars, Paul Cowley.

Originally from Birmingham UK via mid-Wales Paul now resides in Morbihan Brittany France. A singer, songwriter,acoustic fingerstyle and slide guitarist he was originally inspired by the country blues of Lightnin Hopkins, Mississippi John Hurt, Robert Johnson, Big Bill Broonzy and others.This interest led to him becoming involved with the acoustic guitar/ folk club scene in the West Midlands UK and ultimately to the formation of The Sutton Blues Collective. The Sutton Blues Collective became a respected name on the UK blues circuit over a ten year period and Paul was instrumental in bringing some of the worlds great acoustic blues performers to intimate venues in Sutton Coldfield, a suburb of Birmingham, During the period he immersed himself in acoustic and pre-war blues. Subsequently Paul has performed at festivals, clubs and venues throughout the UK. He has performed live on BBC & other radio stations and given interviews on numerous occasions. Paul tours in France and the UK throughout the year.

“Blues- soaked guitar & vocal work with a sophisticated urban lyricism informed by country blues but not dictated by a need to imitate it” – David Harley Folking.com

“If you like your blues acoustic and played with skill, feeling and obvious respect and love for the country blues, then, go get yourself a copy of Paul Cowley’s album. It is terrific.”

– Down At The Crossroads.

You may also like the following events from The Dorothy Pax:

The Dorothy Pax
Follow Contact
About The Host: We're a delightful space situated within Victoria Quays...we welcome equally as delightful people to enjoy the space with us. Nudge us dorothypax@gmail.com
Website Link: http://www.dorothypax.com/
Are you the host?
Nearby Hotels The Dorothy Pax, Arch 17, Wharf Street, Victoria Quays, Sheffield, United Kingdom
Report a problem ?