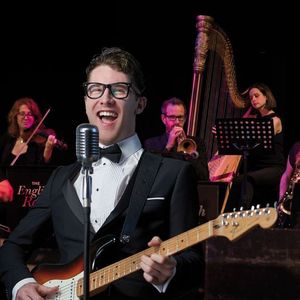 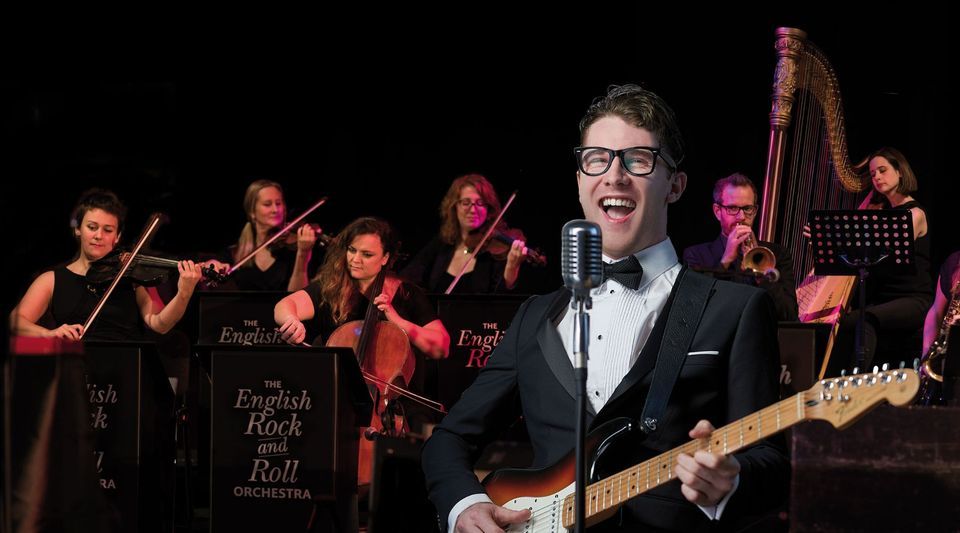 
March 2023 is the 65th anniversary of Buddy Holly’s only ever tour to the UK.

In March 1958, he and The Crickets headlined a variety bill compered by Des O’Connor. On a 25 back-to-back date tour, they performed two, and sometimes three, shows a night in venues all across the country.

To celebrate this anniversary, the UK’s first and best-loved Buddy Holly act, Buddy Holly and The Cricketers, revisits some of the same venues on the same dates with a very special show backed by The English Rock and Roll Orchestra.

Buddy Holly and The Cricketers has delighted audiences across the globe from Cardiff to California, Barking to Bangkok and Swindon to Sweden for the past 30 years. The show stars some of the finest actor-musicians in the UK and was endorsed as Britain’s most popular Buddy Holly act when the boys guested on BBC One's Saturday night live programme, The One and Only, hosted by Graham Norton.

The English Rock and Roll Orchestra has assembled some of the finest classical musicians in the country, many of whom are multi-instrumen-talists. They relish the opportunity to depart from their usual repertoire, let their hair down and indulge in their love of rock ’n’ roll.
Sale Dates and Times:

You may also like the following events from Sheffield City Hall:

Tickets for Buddy Holly and the Cricketers can be booked here.