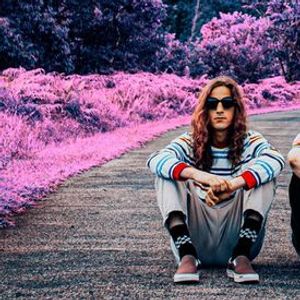 Hippie Sabotage is a Sacramento born, LA based production duo made up of brothers Kevin & Jeff Saurer. The duo got their start as bedroom producers in middle school after obsessing over the music used in their favorite skateboarding videos. In 2014, Hippie Sabotage skyrocketed to #1 on Billboard’s Next Big Sound chart after releasing their remix of Tove Lo’s ‘Habits (Stay High)’ (752M YouTube Plays) and have since surpassed over 1 Billion Spotify Streams. In 2019, Hippie Sabotage performed at festivals like Austin City Limits, Made In America, Day N Vegas, Bumbershoot, Electric Forest, Corona Capital, Splash House and more. Their sound is rooted in electronic music, but it takes cues from hip hop, psych rock, and chill wave, all pulled together by Jeff’s killer guitar skills and Kevin’s explosive personality on stage.

Tickets for Hippie Sabotage can be booked here.