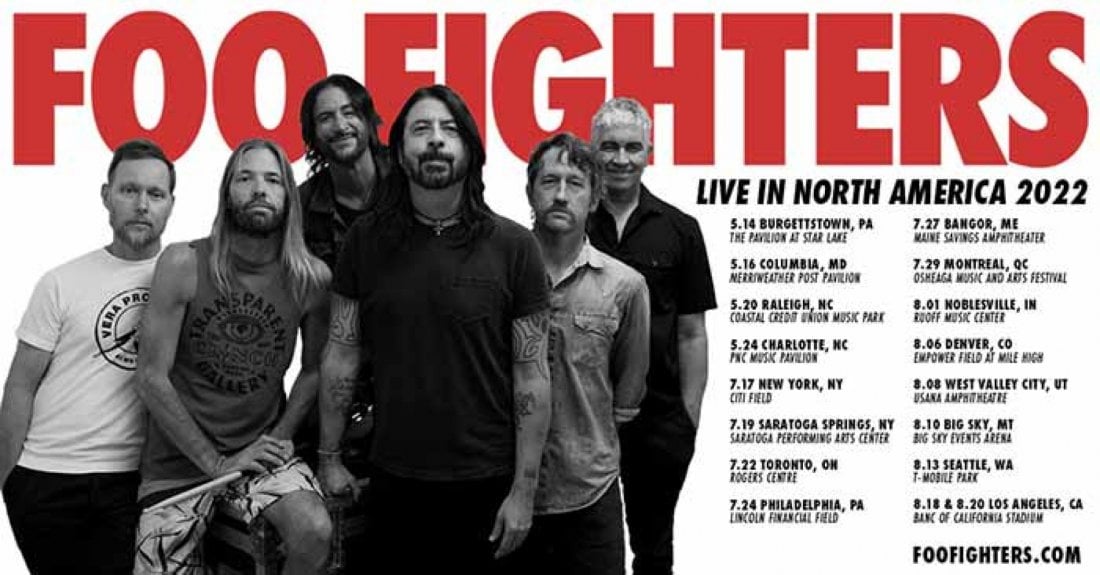 The rockin' rock music band Foo Fighters will be on tour when they hit the road on their Live In North America 2022 trek. The band will be performing live on stage! This particular live concert is scheduled to take place at the venue known as T-Mobile Park which is located in Seattle, WA. The date of the event is scheduled for August 13th, 2022.