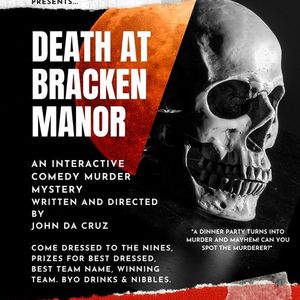 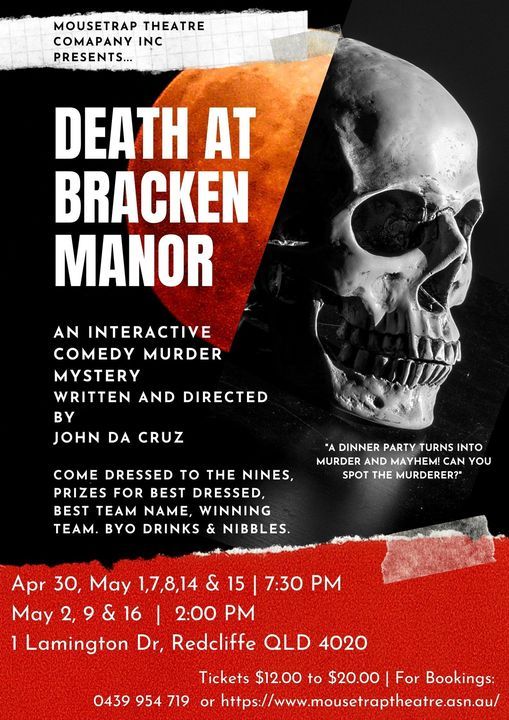 Synopsis
Lord Septimus Bracken is a man with problems. Three times in as many months someone has attempted to burgle his manor. But Lord Bracken is never one to rest on his laurels. He devises a plan to uncover what is going on. Surmising that the problems began when his new young wife moved into his home, he has arranged a dinner party and invited those he suspects of being the would-be thief. But he also invites his old friend Ben Rutherby of Oxfordshire CID and brings him in on the caper. Ben is reluctant at first, but decides to play along. Then, just after dinner, someone is killed. Rutherby is now left alone to not only find the would-be thief but also a killer, who may be one and the same.

Tickets for Death at Bracken Manor can be booked here.

Event Photos
There is no photo available at this moment
Nearby Hotels Mousetrap Theatre Co. Inc., Scarborough, Australia
Report a problem ?