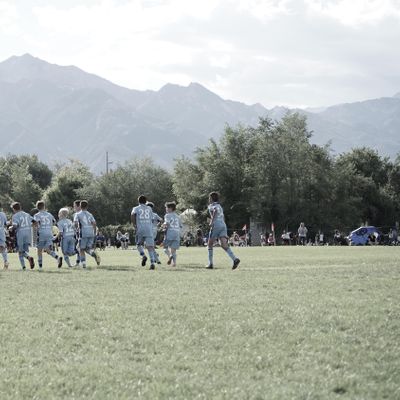 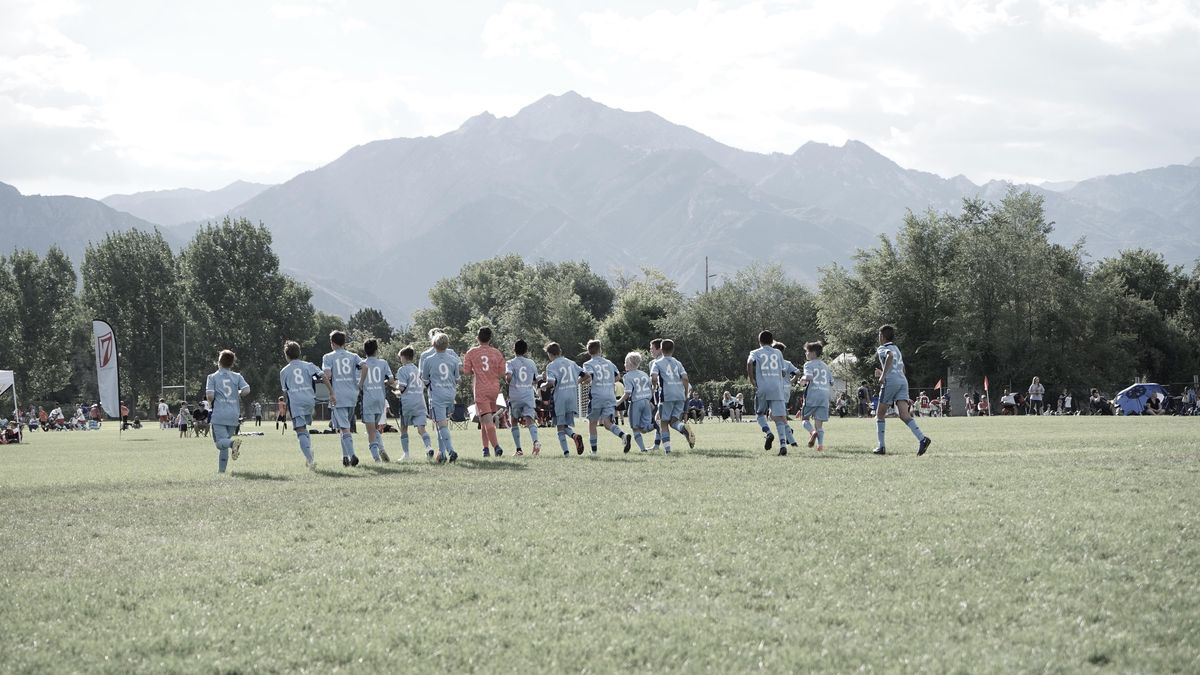 The Way of Champions: Leadership, Teamwork and Building a Championship Culture Workshop

John started the Changing the Game Project in 2012 after two decades as a soccer player and coach on the youth, high school, college and professional level.  He is the author of the #1 bestselling books Changing the Game: The Parents Guide to Raising Happy, High Performing Athletes, and Giving Youth Sports Back to our Kids and Is it Wise to Specialize? John's work has been featured in many publications including The Huffington Post, CNN.com, ESPN, The Washington Post, The Boston Globe, Outside Magazine, and many other national and international news outlets. John is an internationally known speaker for coaches, parents and youth sports organizations, and has spoken for TEDx, the US Olympic Committee, US Lacrosse, USA Football, USA Swimming, US Sailing, US Ski and Snowboard, Ireland Rugby, and at numerous other events throughout the US, Canada, Asia, Australia and Europe.

When he speaks, John brings to the table a wealth of practical, hands-on knowledge garnered through years of working with players and their families on sport specific development, fitness and nutrition, college recruiting, and most importantly, training high-performing athletes by creating a player-centered environment.

Originally from New York, John is a 1994 graduate of Fordham University, where he was a team captain as a senior and a member of the 1990 Patriot League Championship team.  After a stint playing professionally for the Wilmington (NC) Hammerheads of the USL, John began his coaching career as the Varsity Boys Soccer Coach at Cardinal Gibbons HS in Raleigh, NC.  He then moved on to become the Assistant Men’s and Women’s Soccer Coach at the University of Vermont, before delving into the world of youth club soccer.  Since that time, John has worked as a Director of Coaching for Nordic Spirit SC (Vt), Ann Arbor Youth Soccer Association (MI) and from 2006-2011 as the Executive Director of Oregon Rush Soccer Club in Bend, OR.  Most recently he was the Central Oregon Regional Training Center Director for the Portland Timbers of Major League Soccer, before turning his attention full time to the Changing the Game Project in 2013.  He holds his USSF A License, United Soccer Coaches Advanced National Diploma, and US Youth Soccer National Youth Coaching License.

John received his BA from Fordham University and his Masters from the University of Vermont. He resides in beautiful Bend, OR, with his wife, Dr. Lauren O’Sullivan, and two wonderful children and aspiring young athletes: Maggie Shea, age 13, and Tiernan, age 12.


While most would consider him simply a sports psychologist, Dr. Jerry Lynch is a coach, mentor and teacher who guides and coaches athletes and parents to explore the meaning and purpose of sport, as a powerful vehicle to help us understand the mental-emotional-spiritual components of the athletic game and how they apply to the bigger game called LIFE. In the process of this exploration, overall athletic performance is greatly enhanced.

Dr. Lynch has a deep calling, one where his success is not measured by "making a living" but rather by "making a difference" in the athletic and personal lives of those with whom he works.  He helps others to understand how sport is a microcosmic classroom for helping athletes, coaches and parents of sports kids develop crucial capacities to love, respect and care for each other while simultaneously learning to enhance the spiritual elements of courage, commitment, compassion, patience, perseverance, sacrifice, integrity, trust, belief and selflessness: the values so absolutely essential to extraordinary performance in athletics and life.

Using an unconventional approach, he combines Eastern thought, Native American tradition, Christian mysticism and western psychology to help coaches, parents and their athletes to create confidence, mental toughness, inspiration and empowerment for competitive events and to better navigate the unchartered waters of sports parenting and life.

Dr. Lynch has been recognized as one of the top five in his profession nationwide. He has worked with men's and women's basketball, lacrosse, soccer, tennis, golf and other sports at the universities of North Carolina, Duke, Maryland, California, Syracuse, Stanford, Harvard and Middlebury and continues to work with several teams and parent groups nationally.  Several of his clients have participated in various summer and winter Olympic Games. Most recently, he has established a consultancy with Steve Kerr, head coach of the World Champion Golden State Warriors. In the past 30 years alone, he has been part of 54 Final Four and 36 National Championship at the collegiate and professional levels.

Dr. Lynch is a well known and in-demand public speaker at Leadership, Coaching, athletic and corporate conventions, a national presenter of conferences, clinics and workshops for coaches, sports parents and athletes to college and high school. He is dynamic, entertaining, motivating, provocative, and humorous, presenting topics on Peak Performance and the Way of Champions in a practical, easy-to-apply manner. Some of his presentations include Keynote Talks at the New Zealand National Academy of Sport, Der Deutsche Schmerztog in Germany, the National Field Hockey Coaches convention, the Ironman Sports Medicine Conference in Hawaii, the USA Lacrosse National Conventions and the NIKE/China Leadership Summit in Lanai, Hawaii.

Dr. Lynch has had extensive media interview coverage such as being an invited guest on CBS, NBC, and PBS national television, the New York Times, Oprah Magazine, Sports Illustrated, Baltimore Sun, Outside Magazine and over 50 national radio broadcasts, podcasts and webinars.

Dr. Lynch received his doctorate in psychology from Penn State University, and has done extensive post-doctoral work in the area of philosophy, Taoist and Buddhist thought, comparative religions, leadership development and performance enhancement. He has been a national class athlete, having been a member of a national championship team and, to this day, continues to run and bike. He has coached at the high school level as well as AAU sports.

He is the author of 13 books in as many as 10 languages on coaching, leadership, spirituality of sport, warrior spirit, peak performance, and sports psychology. He has nine DVD's (video) on the Way of the Champion as well as a TWO 6-CD audio boxes on PERFORMANCE IN ATHLETICS.

Dr. Lynch is the founder and director of WAY OF CHAMPIONS, a performance consulting group geared toward helping others master the inner game for peak performance in ATHLETICS and develop the essential spiritual qualities so necessary for the game of life. He maintains a private practice and an extensive sports psychology consultation service for athletes, coaches and parents around the world.

Jerry is excited to announce that he has merged his business with John O'Sullivan, CEO and Director of "Changing the Game Project" to form a separate nation-wide program that will focus on serving the needs of youth sports parents and coaches.  Using podcasts, webinars, and "in person" clinics as platforms, their mission is to create a paradigm shift, a sea-change, in how we mentor, teach and guide these young stars as well as their parents.

Jerry is the father of four high energy, athletic children. He divides his time between his offices in Santa Cruz, California and Boulder, Colorado where he works and write in the spirit of what he teaches and coaches.


Dr. Robin L. Cecil is a physical therapist with 25 years of experience working with youth athletes.  Over the past 2 years, she has re-directed her efforts as a managing partner of Sport Ready.  Sport Ready provides consulting in athlete health management solutions, training in athlete monitoring and load management, and injury surveillance for organizations, teams and individual athletes to advance high performance and reduce unnecessary injuries.   As a Physical Therapist, she has seen what injuries can do to athletes and their families.  As a parent of young athletes who compete at the elite and recreational levels, a coach, and a college athlete, Robin understands the unique demands and requirements of youth sports at all levels.  Keeping young athlete’s wellness at the forefront, as they strive to reach their athletic goals is her highest priority.    She is Certified in Injury and Workload in Team Sports, is a licensed competitive soccer coach, a youth recreational coach, a TPI trained athletic development junior coach & is currently a consultant for BYU women’s soccer.  She is a member of the American Physical Therapy Association, American Academy of Sports Physical Therapy, and Professional/Collegiate Therapist, Sports Performance Enhancement, and Youth Athlete Special Interest Groups.

You may also like the following events from The Resilient Mindset:

Also check out other Sports Events in Sandy, Workshops in Sandy.
Tickets

Tickets for The Way of Champions Coaching and Leadership Workshop-Utah can be booked here.