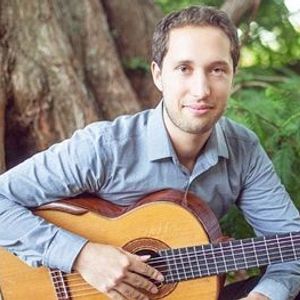 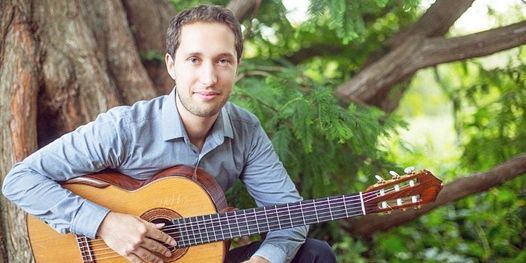 Proof of Covid vaccination will be required at entry for all concert attendees. Also, all CDC and local authorities’ guidelines on masking and social distancing current on the concert date will be in effect.

=============================================
Belgian guitarist Jerome Mouffe has toured throughout the United States, Canada, Mexico, and Europe as a soloist and chamber musician. Highlight performances include recitals for Omni Concert Series in San Francisco, Austin Classical Guitar, the International Brussels Guitar Festival, Festival del Noreste in Saltillo, Mexico, La Guitarra California Festival, the Mid-Maryland Guitar Festival, and Boston GuitarFest, among others. In 2009, Jerome was invited to perform at the Agustin Barrios Mangore Festival in Brussels, where he shared the stage with Eliot Fisk, his teacher and mentor. Jerome has performed for Boston’s public radio WBUR; his performances and recordings were also broadcast on Belgian national public radios Musiq3 and Klara.

Jerome was the first guitarist to ever receive a Doctor of Musical Arts degree from the New England Conservatory of Boston. His doctoral dissertation analyzes how collaboration between composer and soloist achieved an optimization of the guitar’s capabilities in Robert Beaser’s Guitar Concerto (2009). Jerome earned his Master of Music degree magna cum laude at age 20 at the Conservatoire Royal de Bruxelles, studying with Hugues Navez. He then earned a Postgraduate Diploma at the Universität Mozarteum Salzburg, studying with the renowned maestri Eliot Fisk and Ricardo Gallen. He performed for masterclasses with David Russell, Angel Romero, Pepe Romero, Emmanuel Rossfelder, Joaquin Clerch, and Pavel Steidl, among others. He also studied flamenco with the Spanish guitarist Antonio Segura in Brussels. Based in the Boston area, Jerome maintains an active private guitar studio made up of talented young guitarists and advanced adult players.