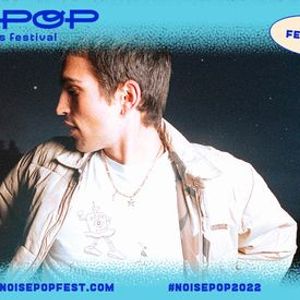 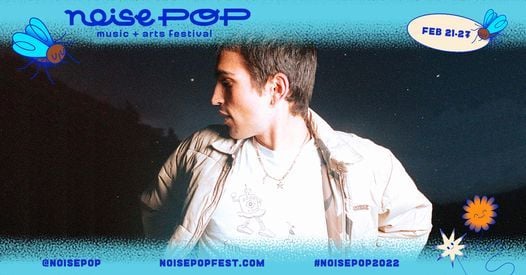 This show is 21+. Proof of full COVID-19 Vaccination required for entry.

VEGYN (Bay Area debut!)
The key to Vegyn’s music is that it doesn’t take anything – not even its own melancholia – seriously. The 25-year-old south London-based producer describes it himself as a mixture between “sadness and optimism... It’s not like happy being sad, but happy to have been sad.” That’s the propulsive energy of his debut album Only Diamonds Cut Diamonds, a Technicolour sugar rush of distorted beats that alternately batter and uplift the listener. Any time the record hits you with a moment of clarity or poignancy, you’ll immediately hear it followed by a cartoonish vocal, or a melody that puts a Cheshire grin on your face. “I’m just trying to make it fun,” he reflects. “I’m very tired of chin-strokey, ‘take me seriously’ [electronic music]... I’m trying to make stuff stupid.”
This streak of playful rebellion has its roots in Vegyn’s – aka Joe Thornalley’s – route into the music world. Whether it’s starting his own label before he’s even released anything, or attending his very first studio sessions for Frank Ocean, or releasing mixtapes that are 71 tracks long, Vegyn is an artist who never seems to settle for anything less than the maximum.
Growing up Joe’s musical education came largely from the bombastic, future anthems of Ed Banger Records and Daft Punk, and from sketching out J Dilla inspired instrumentals. His preferred electronic music was always the kind that managed to wring emotions out of the listener, even without the obvious hook of a traditional topline melody. He was also at the time beginning to listen to Boards Of Canada and Flying Lotus, and was a longtime fan of Aphex Twin, who inspired him to always strive to take his beats into unexpected, occasionally uncomfortable places.
Not only wanting to make his own music, Joe wanted to foster a community of similarly off-kilter, DIY artists. So, he started his label, PLZ Make It Ruins, at the same time as releasing his first cassette of beats, All Bad Things Have Ended – Your Lunch Included, in 2014. Keeping it in the family, his cover art was designed by his mum, an artist and graphic designer (from whom he gained his early musical tastes). With eight textural, tangled tracks, the PLZ001 release set the tone for Vegyn’s winking-yet-wistful style.
It was around the same time that Joe became a regular fixture at east London club Plastic People. Drawn to the legendary soundsystem, he’d go there most weekends, and it was while attending a 1-800 Dinosaur night there that he managed to slip a USB stick into the hands of James Blake, who later played some of Joe’s tracks on BBC Radio One.
It was also in Plastic People that Joe met Frank Ocean. Soon after, Joe found himself invited to LA to join recording sessions on Frank’s new material. Joe ended up with production credits on both of Frank’s 2016 albums, Blonde and Endless, and the two continue to collaborate with one another including on Frank’s occasional Apple Music radio show, Blonded, which Joe co-hosts.
After that experience, “the idea of self-sufficiency became really important to me”. Still occasionally travelling out to LA in the interest of booking sessions with different artists, Joe found himself drifting back towards his own music. So, between sessions, Joe began a nocturnal existence, making maze-like beats between the hours of 1am and 6am.
Some of those hazy experiments can be heard on Text While Driving If You Want to Meet God!, the 71- track mixtape that Joe released unexpectedly in mid-2019, taking joy in “the hilarity of the fact it’s so many songs. I had all this unfinished music, and I was just concerned about letting it all rot on my hard drive.”
Another more high-gloss, intricately crafted set of songs from this period makes up Vegyn’s debut album, Only Diamonds Cut Diamonds. Mostly composed in early 2018, the album is a result of “insanely stoned experimentation”, keeping the listener consistently on their toes with cheeky vocal samples, tempo shifts,
and key changes. Leaning heavily towards Joe’s hip-hop influences, the hyperactive record features distinctive performances from US rappers JPEGMAFIA and Freddie Gibbs, and UK rapper Jeshi, and is brimming with ideas that sparkle and shapeshift every few seconds.

Following the release of Only Diamonds Cut Diamonds, Vegyn didn’t stop experimenting. The 26-year-old producer went back to the drawing board to create Like A Good Old Friend, pushing himself out of his comfort zone by learning to play piano, and recording his spontaneous, mistake-filled improvisational sessions. The result is six tracks of sun-warmed, hazy dance music, full of familiar Vegynisms – tempo shifts, cheeky vocal samples, textures that clash and fizz – and yet distinctly fresh. “I didn’t intend to release a dance EP at a time when no one is able to dance,” Joe laughs, “but that kind of feels like a perfect summation of who I make music for anyway – it’s the people who love club culture but don’t actually go clubbing, the people at the back of the room.”
Like a Good Old Friend channels a push-pull between optimism and melancholy. Much of it was composed while travelling, throughout 2019. Since the release of Diamonds, Joe has relocated to LA, where the city’s sprawling sense of space, with endless hikes and long drives, is reflected in his languorous compositions. There’s also a dark undercurrent to the tracks, as indicated by the Tower – the Tarot card that signifies massive upheaval and destruction – gracing the cover art. Towards the end of 2019, Joe remembers, he was doing Tarot readings for friends regularly, and kept seeing the Tower card come up in the same place in each reading – a trend he found uncanny and disturbing, and now connects to the pandemic that was imminently to begin.
Released by PLZ Make It Ruins in collaboration with Warp, Like a Good Old Friend channels this contradictory energy: on the one hand, seizing the moment spontaneously, finding freedom in creativity; on the other, feeling a sense of foreboding or disturbance. Collaborators Ben Reed and Owen Pallett return, with thick basslines and strings that flutter like heart palpitations on the quietly beautiful “Mushroom Abolitionist”, while a collaboration with avant-garde London artist John Glacier rips up the lo-fi indie rulebook on the percussion-free “So Much Time - So Little Time”. “A lot of the time, I’m trying to occupy a sonic space that’s kind of like reminiscing,” Joe reflects, noting the cinematic quality that makes listening to one of his tracks feel like seeing watching the world queasily rush by from a speeding car’s window. “It’s trying to tap into these nostalgic moments, and allowing people apply their own feelings or stories to these landscapes.”
These more tender tracks form a contrast to the vibrant opener “I See You Sometimes”, a rollercoaster ride of a collaboration with UK rapper Jeshi that speeds up as it rolls along, cementing Vegyn as a master of emotionally fluid, shape-shifting dance music. The track is the result of a single studio session, after which the resulting file became corrupted, and so the recording as it exists is as spontaneous as could be. “The song feels like a benchmark of worlds meeting, and just trying to screw with the conventions of dance music,” says Joe. Likewise, on the fuzzy, upbeat “B4 The Computer Crash”, the track inverts expectations and convention by letting the backbone of its beat gradually dissolve away. This is dance music that doesn’t follow rules. “It’s fun to try and make music for a space that literally doesn’t exist right now,” says Joe. “It’s kind of fuelling the fantasy element. This music has always been made for the club space in my head, as opposed to the club space in real life; I guess now, more people will be indulging in that space.”

Tickets for Vegyn can be booked here.