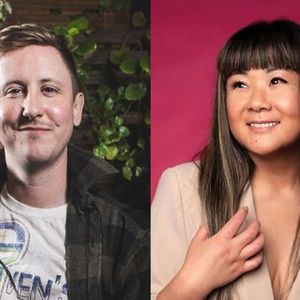 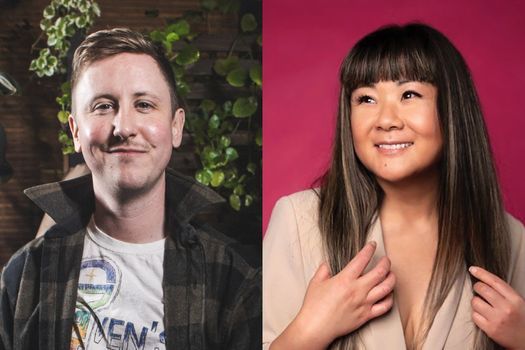 SF Sketchfest presents a pairing from a dozen hand-picked stand-up comedians on the rise: names you might not know now, but will be hearing a lot from soon. With Johnny Pemberton and Jenny Yang, Hosted by Arthur Gaus.


Jenny Yang is a former labor organizer turned stand up comedian, host, writer and actor. In 2020 she was selected as one of Variety's "10 Comics To Watch" and Vulture's "Comedians You Should Know." Jenny recently wrapped as a co-producer / writer for HBO Max's "Gordita Chronicles" and previously for Fox's "Last Man Standing" and E!'s late-night talk show "Busy Tonight" with Busy Philipps. She is the creator and host of "Comedy Crossing" a hit standup comedy show held inside the Animal Crossing video game and watched live via Zoom. Since June 2020, the show has raised over $40,000 for #BlackLivesMatter-related causes. Taiwan-born and Southern California-raised, Jenny was honored by President Obama as a "White House Champion of Change" for her leadership in "Asian American and Pacific Islander Art and Storytelling in 2016.

Find her online at jennyyang.tv

and on all social media at @jennyyangtv.


Johnny Pemberton is a comedian, actor, writer, mildly knowledgeable gardener, reggae enthusiast, and friend to most animals. He was born and raised in Rochester Minnesota. He is the host and creator of the experimental podcast "LIVE to TAPE," formerly known as "Twisting the Wind."

He can be seen in the FOX series "Son of Zorn," 'Bo' on NBC's "Superstore." Prior to that he was a series regular on NBC's "I Feel Bad" and ABC's "The Family Tools." He's appeared in "New Girl," "It's Always Sunny in Philadelphia," "You're the Worst," Comedy Central's "Kroll Show" and "Review," Peacock's "True Story with Ed & Randall" and will next appear in "Law & Order: SVU." Johnny is the voice of Peanut in the Disney series "Pickle and Peanut."

On the film side, he's appeared in "Ant-Man," "Neighbors 2," and most recently in "Action Point." Prior to that Johnny has been seen alongside Channing Tatum and Jonah Hill in "21 Jump Street" and "22 Jump Street." Other feature credits include a supporting role opposite Vince Vaughn, Ben Stiller and Jonah Hill in "The Watch," Judd Apatow's "This Is 40," and in the Oscar nominated IFC/BBC film "In The Loop" starring James Gandolfini.


Arthur Gaus is a standup comic based out of San Francisco where he is a popular local fixture at the Punch Line and Cobb's. Over the better part of 20 years he has performed at glorious comedy clubs, beautiful theaters, hip underground venues and crappy casinos all over the country. Using his distinctive energetic delivery, he combines observations, stories and biting social commentary while weaving in and out of characters to create a style of comedy that is as whip-smart and unique as it is hilarious. His debut album "Nice Jokes for Smart People" is available from 800 Lbs. Gorilla Records.


This show is 18 & over with valid, government-issued photo ID. There is a two-drink minimum per person. Cameras and video/audio recording devices are not permitted. All non-headliner shows' lineups are subject to change. with Johnny Pemberton & Jenny Yang For more information, visit sfsketchfest.com Reserved Premium Seating: $35 General Admission: $25

Tickets for SF Sketchfest Dozen with Johnny Pemberton and Jenny Yang can be booked here.