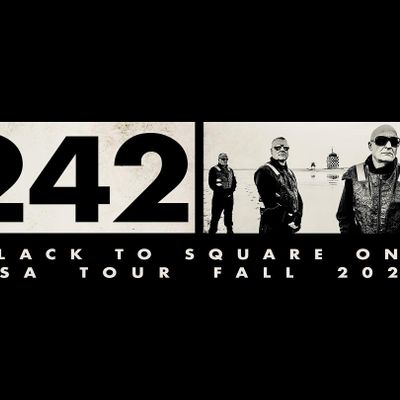 Front 242’s entire history was clearly defined from the start when Daniel B. and Dirk Bergen released the first single "Principles" with the hit song "Body to Body” in 1981. In 1982, Patrick Codenys - keyboards and Jean-Luc De Meyer - vocals join Front 242 and they release the single "U-Men" followed by the first full-length album "Geography". This album already displayed the cold, synthetic brand of dance music that would become Front 242’s signature sound in the following years. In 1983, Dirk Bergen left and Richard 23 joined the band as stage performer and vocalist.

The band created its own label , and the organization which promoted music from Belgium. 1983 saw the release of an EP “Endless Riddance” and the re-release of the first two singles under the title “Two-In-One”. The band developed and quickly reached a specialised audience in Europe.

With the second full-length album “No Comment” in 1984 the term surfaced to describe the synthetic and physically charged qualities of Front 242’s music and sounds recycled from the media and television.

In 1985, the fabulous “Politics Of Pressure” was released on 24 track. That year, the band played for the first time in large European festivals and flew to the U.S.A. for some live performances. They were soon tagged as a very powerful live group.

The international breakthrough came in 1987 following the signing to Wax Trax in the United States and Red Rhino in Europe with the release of the single “Interception” and the albums “Backcatalogue” and “Official Version”. This album had a busier sound picture in contrast to the minimalism of the first two studio albums.

In 1988, Front 242 released the groundbreaking album "Front by Front", taking their sound to its logical extreme. Preceded by the dance-club hit single "Headhunter" and its prize-winning video directed by Anton Corbijn, “Front By Front” was the band's most streamlined and dance-oriented release, with an index/bpm chart displayed on the sleeve for DJ convenience. This release firmly placed the group as a major driving force of electronic music.

For their next album release “Tyranny >For You<” in 1991, Front 242 was approached by Epic Records U.S. In the next two years Epic did not only release “Tyranny >For You<”, but also the entire back catalogue with additional material and new covers. Two different versions of “Tragedy >For You<“ were lifted from the album. For the first time Front 242 was remixed by other bands: The Orb and Prodigy. The sound of these singles differed somewhat from Front 242's previous releases. The Orb and Prodigy brought a richer and more varied sound.

In 1994, Front 242 released "Live Code" which was recorded during their last world tour.

The group's influence from other electronic bands and producers became apparent when Front 242's 1995 release "TXV0IHwgZ2UgISBNaXg=@ge" featured remixes by Prodigy, The Orb and Underworld. More than just a remix album, all the tracks were reedited in a specific order by Front 242 to provide continuity of enveloping atmospheres and rhythms.

In 1997, Billboard Encyclopaedia featured Front 242 in their "Top 500 Best Producers in Rock History".

After a three-year sabbatical, the band decided to undertake a World Tour. Playing live had always been a good way for them to experience excitement and creativity.

In 1998, Front 242 released "Re:boot​", a live album that included new sounds and structures in order to present updated versions of previous Front 242 tracks, once again creating unique sounds and songs.

In 2003, after a long studio absence, Front 242 released the EP "Still & Raw" and the album "Pulse". Based on an aesthetic from the 70’s and 80’s, when German bands influenced the roots of today’s electronic music. Front 242 re-invented the original sound that was at the centre of their art and enriched it by 20 years of experience. Analogue technologies and vintage machines pulsing into deconstructed tracks where emotion and research leads to a purely electronic attitude.

Tickets for Front 242 + TBA at Public Works can be booked here. 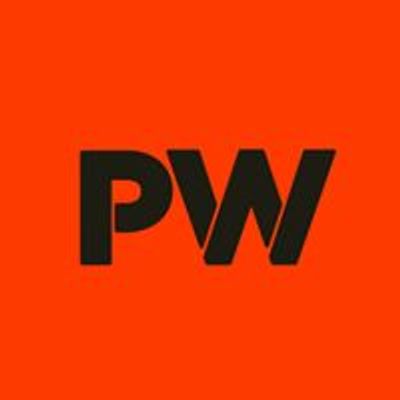