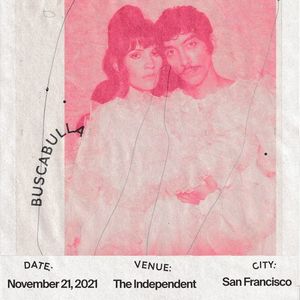 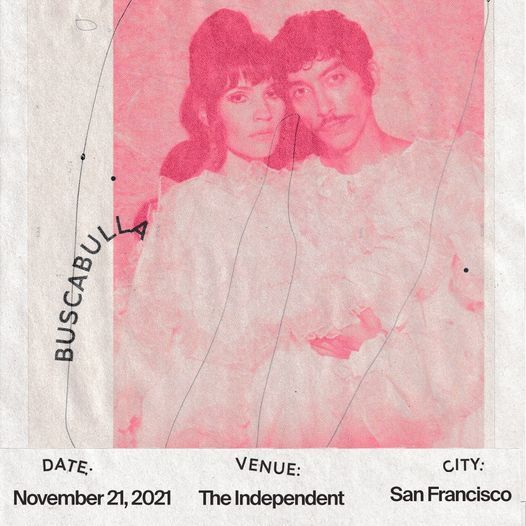 Buscabulla is an experimental Puerto Rican duo whose savvy, smooth fusion melds indie dance-pop and hooky electro with slick funk, and breezy post-chill grooves with a plethora of Boricua beats, from bachata, reggaeton, and merengue to bomba, plena, and salsa. They have played to delighted audiences in the clubs of Brooklyn, on the white beaches of Aguadilla, and the Coachella stage. From their Kitsune-issued debut EP in 2014 to their 2017 club smash “Tártaro” from their self-released second EP, to their eye-popping video single for 2019’s “Vámono,” the pair actively seek to erase boundaries between low and high culture with imagination, activism, style, and humor.

Buscabulla were formed by Raquel Berrios and Luis Alfredo Del Valle, a pair of Puerto Rican émigrés living in Brooklyn, New York. The two first met in 2011, when Del Valle attended a house show where Berrios’ insouciant acoustic duo En Teta were on the bill. Berrios and Del Valle soon hit it off and became romantically involved. Both were of an artistic bent — she was a designer, songwriter, DJ, and music producer and he was a multi-instrumentalist — and before long they began working on music together. They adopted the group name Buscabulla, a Puerto Rican phrase meaning “Troublemaker,” and were soon looking for outlets for their music. After winning a contest sponsored by Guitar Center and sneaker manufacturer Converse, Buscabulla were awarded studio time and the services of producer Dev Hynes, which led to their debut EP. The self-titled four-song release was issued by Kitsuné Music in 2014, and earned positive reviews. One of the songs from the EP, “Métele,” was used in the award-winning film Mala Mala, a documentary about Puerto Rico’s transgender community. Producer Roberto Carlos Lange became a fan of Buscabulla, and invited the duo to open a tour for his Helado Negro project. Lange continued to show his support by appearing on Buscabulla’s second EP, fittingly titled EP II, contributing vocals on the song “Frio.” EP II once again earned enthusiastic reviews, as did Buscabulla’s video for “Tártaro,” shot in a rundown love motel in Puerto Rico.

After hurricanes Irma and Maria devastated Puerto Rico during the summer of 2017, more than 160,000 Puerto Ricans left the island. Berrios and Del Valle went in the opposite direction. They left New York and moved their operation home to help with rebuilding. After returning, Berrios founded a non-profit organization called PRIMA to assist struggling island artists in order to encourage them to remain. In the late summer of 2019, Buscabulla issued the single and video for “Vámono,” an homage to renewal and resistance. Using organic drumline percussion and careening synths, they juxtaposed edgy club rhythms with Puerto Rican cultural history and musical tradition. The video, directed by Claudia Calderon, depicted the duo leaving the city and waking on a beach in PR. Its hot pink melange of costumed revelers marching and playing music in the streets of Arecibo and Hatillo recreated the Festival de las Máscaras (Festival of Masks) that began in 1823. The single, an official first taste from their forthcoming 2020 debut album, depicted a more physically assertive slant in their sound.

Tickets for Buscabulla at The Independent can be booked here.