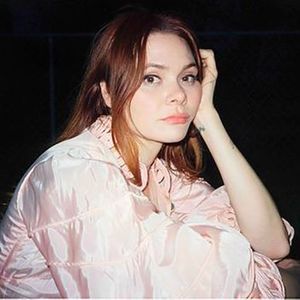 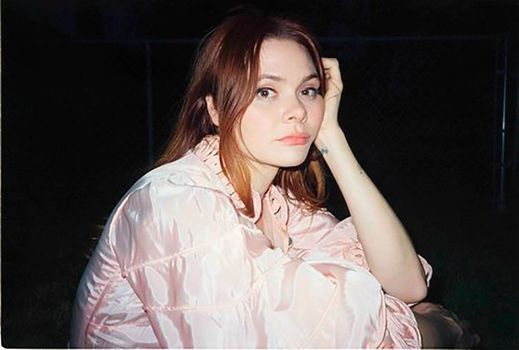 Suzanne Santo has never been afraid to blur
the lines. A tireless creator, she's built her sound in the grey area
between Americana, Southern-gothic soul, and forward-thinking rock &
roll. It's a sound that nods to her past — a childhood spent in the
Rust Belt; a decade logged as a member of the L.A.-based duo HoneyHoney;
the acclaimed solo album, Ruby Red, that launched a new phase of her
career in 2017; and the world tour that took her from Greece to
Glastonbury as a member of Hozier's band — while still exploring new
territory. With Yard Sale, Santo boldly moves forward, staking her claim
once again as an Americana innovator. It's an album inspired by the
past, written by an artist who's only interested in the here-and-now.
And for Suzanne Santo, the here-and-now sounds pretty good.


Yard Sale, her second release as a solo
artist, finds Santo in transition. She began writing the album while
touring the globe with Hozier — a gig that utilized her strengths not
only as a vocalist and multi-instrumentalist, but as a road warrior,
too. "We never stopped," she says of the year-long trek, which often
found her pulling double-duty as Hozier's opening act and bandmate.
"Looking back, I can recognize how much of a game-changer it was. It
raised my musicianship to a new level. It truly reshaped my career."


Songs like "Fall For That" were written
between band rehearsals, with Santo holing herself up in a farmhouse on
the rural Irish coast. Others were finished during bus rides, backstage
writing sessions, and hotel stays. Grateful for the experience but eager
to return to her solo career, she finished her run with Hozier, joining
the band for one final gig — a milestone performance at Glastonbury,
with 60,000 fans watching — before flying home to Los Angeles. Within
three days, she was back in the studio, working with producer John
Spiker on the most compelling album of her career.


Santo didn't remain in Los Angeles for very
long. Things had changed since she released 2017's Ruby Red, an album
produced by Butch Walker and hailed by Rolling Stone for its "expansion
of her Americana roots." She'd split up with her longtime partner. Her
old band, HoneyHoney, was on hiatus. Feeling lonely in her own home,
Santo infused songs like "Common Sense" and "Idiot" with achingly
gorgeous melodies and woozy melancholia. She then got the hell out,
moving to Austin — a city whose fingerprints are all over Yard Sale,
thanks to appearances by hometown heroes like Shakey Graves and Gary
Clark Jr. — and falling in love all over again. Throughout it all, Santo
continued writing songs, filling Yard Sale with the ups and downs of a
life largely spent on the run.


"I moved so much, both emotionally and
physically, while making this record," she says. "I dropped my band,
joined a world tour, came back home, went through a heartbreak, moved
across the country, and fell in love with someone else. I just kept
marching forward. Throughout that experience, there was this emotional
unpacking of sorts. A shedding of baggage. I've gotten good at knowing
what I need to keep holding onto and what I don't."


If yard sales represent a homeowner's purging
of old possessions in order to clear up some much-needed room, then
Yard Sale marks the moment where Suzanne Santo makes peace with her past
and embraces a better, bolder present. Musically, she's at the top of
her game, writing her own string arrangements and singing each song an
agile, acrobatic voice. On "Since I've Had Your Love," she bridges the
gap between indie-rock and neo-soul, punctuating the song's middle
stretch with a cinematic violin solo. She mixes gospel influences with a
deconstructed R&B beat on "Over and Over Again," recounts some
hard-learned lessons with the folk-rock anthem "Mercy," and drapes "Bad
Beast" with layers of spacey, atmospheric electric guitar. Shakey Graves
contributes to "Afraid of Heights," a rainy-day ballad driven forward
by a metronomic drum pattern, and Gary Clark Jr. punctuates the
guitar-driven "Fall For That" with fiery fretwork.


"This is like one of those yard sales where
there's something for everybody," Santo says. "You want a crockpot or a
racquetball paddle? A duvet cover? I've got it." On a more serious note,
she adds, "But I've also gotten into the emotional concept of what a
yard sale really is, too. This record is about the things I've left
behind and the things I've holding onto. I was broken up with while
writing the record. I fell in love again while writing the record. And I
learned to fearlessly follow my gut, in all places of my life, while
making this record."


You can't blame Suzanne Santo from looking
back once in awhile. Raised in Parma, OH, she was scouted as a model and
actress at 14 years old, spent her summer vacations working in
locations like Tokyo, and later moved to New York City, where she
attended the Professional Children's School alongside classmates like
Jack Antonoff and Scarlett Johansson. Moving to Los Angeles in her late
teens, she formed HoneyHoney and released three albums with the duo,
working with top-shelf Americana labels like Lost Highway and Rounder
Records along the way. Working with Butch Walker on 2017's Ruby Red
resulted in an offer to join Walker's touring band, followed one year
later by a similar request from Hozier.


"It's a rollercoaster, and I've been strapped in pretty good," she says. "I've been riding it out."

Tickets for Suzanne Santo can be booked here.