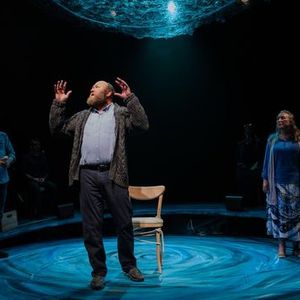 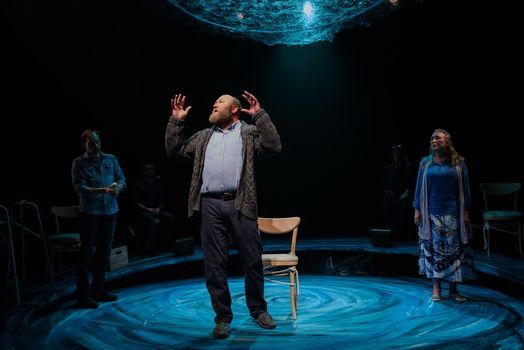 Artistic Fraud of Newfoundland
Artistic Director Robert Chafe
Between Breaths
Well known in Newfoundland as the Whale Man, Dr. Jon Lien during the course of his work pioneered techniques for rescuing whales entrapped in fishing nets. Often risking his very life in the water with the formidable and frightened animals,

Dr. Lien would seek to earn their trust as much as the fishermen’s. He looked for the best way to free whales while doing as little damage to the fishing gear as possible. His efforts saved the lives of over 500 animals, and earned him the hard-won respect of the island’s fishermen. Despite his risky work, Lien’s biggest fight came at the hands of a lengthy illness, the suspected long-term result of a random highway accident. He passed away in 2010, but not before his body was slowly conquered over 8 years by a progressing immobility and dementia.

Between Breaths jumps time backwards, from the final moments of Lien’s life – in a wheelchair and dealing with brain damage – to his very first whale intervention. As his life becomes further and further confined, his mind stretches itself in memories of release and salvation.

You may also like the following events from Imperial Theatre:

Tickets for ARTISTIC FRAUD: BETWEEN BREATHS can be booked here. 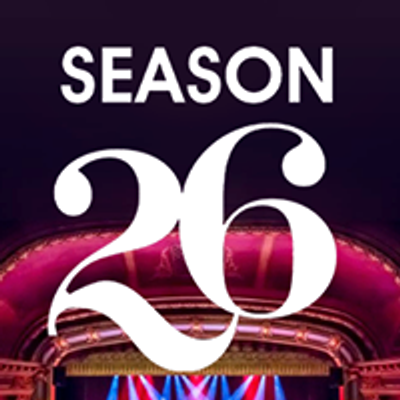