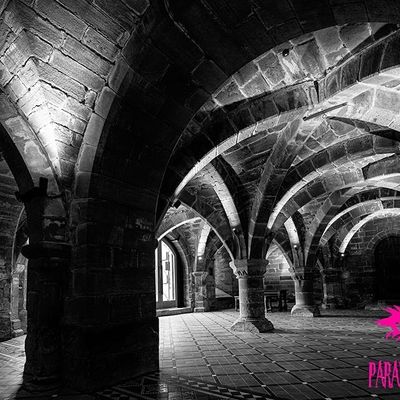 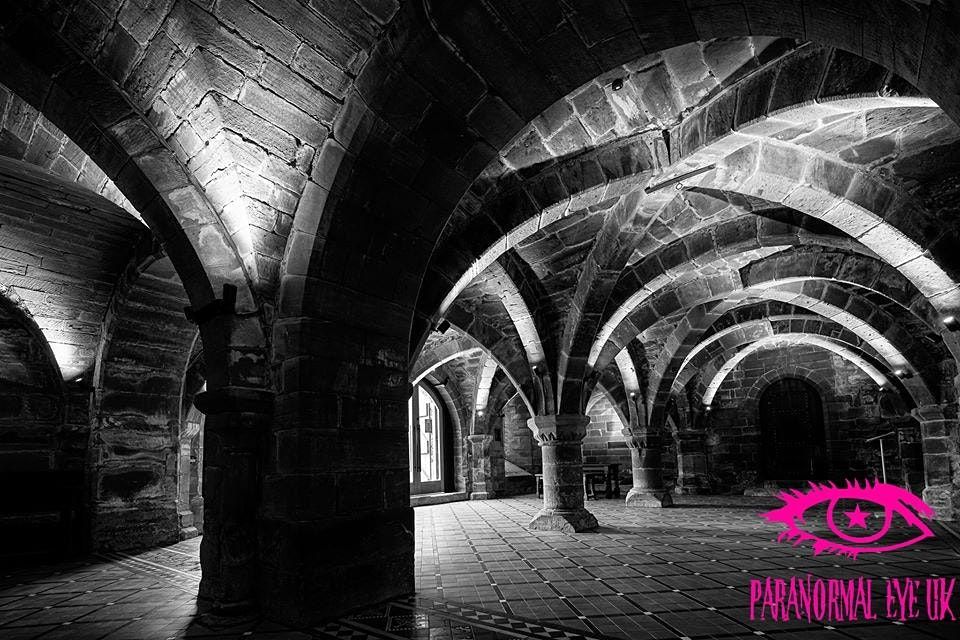 Spend the night inside the haunted Norton Priory

Norton Priory is an Ancient abbey set deep inside a secluded woodland, there have been hundreds of reports of strange sightings and paranormal activity. The building's history dates back almost 1,000 years. Ghostly shadows and the cries of a woman are said to have been heard in the upper gallery, a skull-like face has also been reported hiding within the 12th century underground chamber these are just some of the unexplained encounters here. The abbey is also home to medieval artifacts. Norton abbey is a location that is stepped in history and unfortunately majority of this is gruesome. Dare you be part of this intense night, hold a vigil in the pitch black conditions ?

The Hauntings of the Former Abbey

Norton Priory is one of the most excavated monastic sites in Europe, During these excavations 49 stone coffins have been unearthed along with 130 skeletons, mostly of males aged between 36 and 45. The causes of death were many, including Leprosy, Tuberculosis and Rickets. At least 10 deaths were caused by severe fractures to the head and neck area. One of the skeletons was that of a pregnant woman, the coffin also sadly held the remains of a 34 week old baby. Loud screams and growls have been reported coming from with the ruins of this vast location, Ghostly dark shadows have been seen wandering through the grounds here are you ready to join the team as we unlock the former abbey and invite you to be part of this paranormal investigation.

The History of Norton Priory

Founded in 1134, the Priory remained active until its dissolution in April 1536. Within eight years of the dissolution, it was sold to the Brooke family, who owned it for over 400 years. In 1966, the site of the Priory, by then in a state of considerable decay, was given to the Runcorn Development Corporation by Sir Richard Brooke. Very little of the medieval priory remained visible, and it was decided to excavate and display the ruins as a public amenity The excavations revealed the foundations and lower parts of the walls of the monastery buildings and the abbey church . A viewing platform (with audio commentary) now enables visitors to gain a clear impression of the scale of the site. There were other important finds during the dig, including a Norman Romanesque archway, now placed at the entrance to the Undercroft – a finely carved arcade with a floor of medieval mosaic tiles, the largest floor area of this type to be found in any modern excavation


The Undercroft was built in the late 12th century as a storage area for the Priory and used to store food, drink, cloth and plate. In 1868 Sir Richard Brooke turned part of the Undercroft into an impressive entrance hall to the family home.

Also discovered during the excavation were the remains of the kiln where the tiles were fired; a bell pit used for casting the church bell; and a large medieval statue of Saint Christopher, thought to date from 1391. It is made from sandstone, but in medieval times would probably have been brightly painted in many colours. The medieval belief was that anyone who saw St Christopher would be saved from death for that day – comforting at a time when roads were beset by thieves and crossing the river Mersey was dangerous.

The presence of the statue at Norton Priory is almost certainly related to the fact that the canons received one tenth of the profits from the ferry that crossed the Mersey at this point. The Priory was established on the south bank of the River Mersey where the river bends and narrows to form the Runcorn Gap. At the time this was the only practical site where the Mersey could be crossed between Warrington and Birkenhead (it’s significantly narrower here than at the point where the Runcorn Bridge now spans the Mersey).

After dissolution in 1536 the statue was sold as part of the property. It’s unusual that the statue survived, given that a large number of images of saints were destroyed during the Reformation or, later, in the Civil War. Somehow, this statue escaped destruction, and was used as a garden ornament by the Brookes, finally being abandoned in the gardens after the 1920s. In the 1960s the Brooke family gave the statue to the Liverpool Museums, which carried out some conservation work before returning it to Norton Priory on permanent loan.

The Priory ruins are a now a scheduled ancient monument and have been designated by English Heritage as a Grade I listed building. They are considered to be the most important monastic remains in Cheshire. They consist of the Church (where the St Christopher statue was probably displayed), the Cloister, Chapter House and Dormitory, and the latrines. Monasteries and priories were one of the few places in medieval England that would have had toilets. Those at the Priory would probably have been drop toilets – simple holes which opened straight onto the sewer. Water would flow along the drain at the bottom, regulated by a sluice. Kitchen waste and water from the roof would also pass into the drain which would eventually be washed into the mill pond.

In early October 1536, commissioners arrived at the abbey in order to close it down during the dissolution of the monasteries. A riot ensued, with the commissioners being menaced by around 300 local people. After barricading themselves in a tower, the commissioners were eventually relieved by the local militia. The abbot and four of the canons were arrested and imprisoned in Halton Castle, the ruins of which can be seen from the Priory viewing platform.

Nine years later the surviving structures were purchased by Sir Richard Brooke, who built a Tudor house on the site, incorporating part of the abbey, which became known as Norton Hall. This engraving shows the Tudor Hall in 1727.

At some time in the next 30 years the Tudor house was demolished and replaced by a new house in Georgian style. The ground floor of the west wing of this house retained the former vaulted undercroft of the west range of the medieval abbey, and contained the kitchens and areas for the storage of wines and beers .

Today the site is bounded to the west by the Bridgewater canal and bisected by the Daresbury Expressway. New transport technology began to encroach in the mid-18th century, when Sir Richard Brooke was involved in a campaign to prevent the Bridgewater Canal from being built through his estate. Sir Richard did not see the necessity for the canal and opposed its passing though his estate. In 1773 the canal was opened from Manchester to Runcorn except for 1 mile through the estate, so that goods had to be unloaded and carted around it. Sir Richard eventually capitulated, and the canal was completed by 1776. In the 19th century, new railway lines were built across part of the estate, while in 1894 the construction of the Manchester Ship Canal meant the northern part of the estate could only be accessed by a swing bridge.

The Brooke family left the house in 1921, and it was almost completely demolished in 1928. Rubble from the house was used in the foundations of a new chemical works. In 1966 the present Sir Richard Brooke gave Norton Priory in trust for the benefit of the public. The site was opened to the public in the 1970s. It includes a museum, the excavated ruins, and the surrounding garden and woodland, with the sculpture trail. In 1984 the Georgian walled garden was restored and opened to the public.

A member of Paranormal Eye will be at the entrance at 7.45 pm to meet and welcome all of our guests. A welcome speech along with health and safety talk. A Tour of the location this includes inside and outside, Working in small groups, participating in Ouija/spirit board sessions, Evp Sessions, Table tipping, seances and many other different techniques.


This Location is not suitable for people with walking and mobility issues.

You may also like the following events from Paranormal Eye UK: 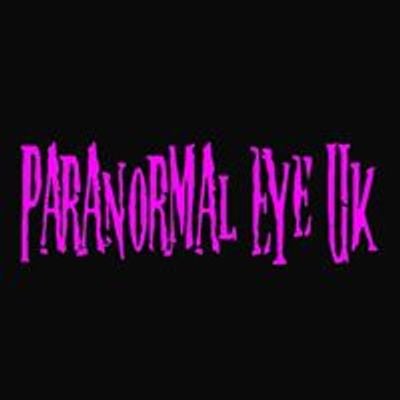 Paranormal Eye UK
Follow Contact
About The Host: Paranormal Eye Uk, we offer good value for money paranormal investigations throughtout the uk. In some of the most haunted Locations. Why Not Join us if you dare !!
Website Link: http://www.paranormaleyeuk.co.uk
Nearby Hotels Norton Priory Museum & Gardens, Tudor Road, Runcorn, United Kingdom
Event details from Eventbrite Report a problem ?