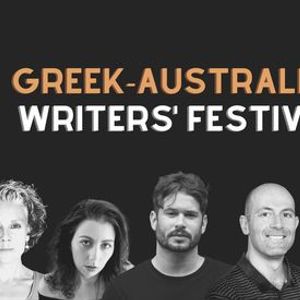 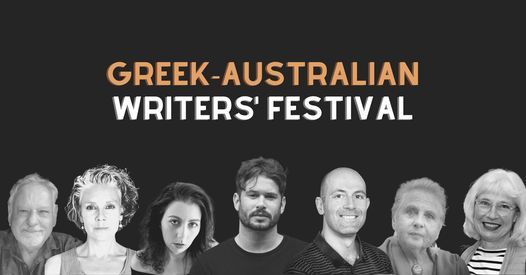 The 39th Greek Festival of Sydney is devoting a day to presentations of recently-published books in English by Greek-Australian writers. Although very different in style and content, all the books are united by common themes of migration, displacement and identity.


NINA ANGELO | DON’T CRY, DANCE
“My mother, a Polish Ashkenazy Jewish girl, and my father, a Greek Sephardic Jewish man, would never have met if they hadn’t both experienced the attempted extermination of their race at Auschwitz and Mauthausen. […] They knew and taught me that we cannot move on without forgiveness.” Nina will discuss her memoir Don’t Cry, Dance (2019) with Dr Alfred Vincent.


KATERINA COSGROVE | ZORBA THE BUDDHA
Katerina’s book Zorba the Buddha is set in Crete where the Guru Bhagwan and his Rajneeshee cult followers are living in exile. Katerina is the author of The Glass Heart and Bone Ash Sky, a novel about war, genocide and renewal. Katerina has co-owned bookshop-cafes, worked in journalism and taught writing at UTS. She will be interviewed by Tony Maniaty author of Smryna, All Over the Shop, Shooting Balibo: Blood and Memory in East Timor, and The Children Must Dance.


KORALY DIMITRIADIS | LOVE AND F**K POEMS and JUST GIVE ME THE PILLS
Koraly is a Cypriot-Australian poet, writer, actor and performer. She is the author of two books: Love and F**k poems, which has been translated into Greek, and Just Give me the Pills. She will be reading her poetry about empowering women from cultural repression, following with a Q and A with the audience.


PETER PAPATHANASIOU | THE STONING
Peter’s debut crime novel The Stoning is a work of outback noir that introduces the genre’s first Greek-Australian detective. Peter talks crime with Chris Hammer, the award-winning author of Scrublands, Silver and Trust. Peter’s first book, the memoir Little One, is being made into a drama series.


ANDREW PIPPOS | LUCKY’S
Andrew Pippos is a lecturer in creative writing at UTS. He has worked as a journalist, and has published essays and short stories. His novel Lucky’s celebrates Greek café culture from the 30s to the present day in a multigenerational family saga with love at its heart. He is currently working on a book of non-fiction. Andrew Pippos will be interviewed by Associate Professor Anthony Macris, author of When Horse Became Saw, Great Western Highway, Inexperience and Aftershocks.


CASSI PLATE | MONSTER AND COLOSSUS
Costas Taktsis wrote his famous novel The Third Wedding largely in Australia, and dedicated it to his friends, artists Carl and Jocelyn Plate. Monster and Colossus is a narrative based on letters between Taktsis and his Australian friends. Professor Vrasidas Karalis, Cassi Plate, and guests will examine the nexus between writing and painting in the era of post-war modernity and cosmopolitanism.


PETER PRINEAS | WILD COLONIAL GREEKS
Peter’s research has uncovered stories of Greeks in the wild colonial days. He will recount the lives of those who rushed to the goldfields and other colourful characters. Peter’s other books promoted wilderness conservation and explore the interface of Greek, Australian and British history and culture. Peter Prineas’s early writing explored the Australian wilderness. His later books, Katsehamos and the Great Idea, Britain’s Greek Islands, and Wild Colonial Greeks explore his family’s origins in Greece and the lives of Greeks who came to Australia in the 19th and early 20th centuries. He will be interviewed by Jorge Sotirios, author of Graffiti over Marble and Lonesome George, C’est Moi.

You may also like the following events from Greek Festival Of Sydney:

Tickets for Greek-Australian Writers’ Festival can be booked here.