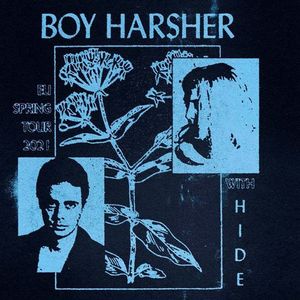 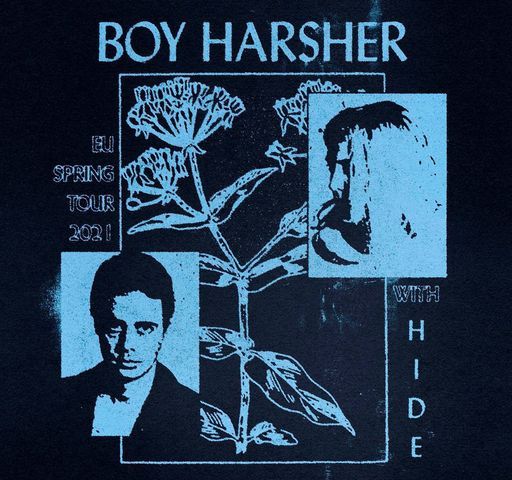 "You make me feel like falling through. I disappear, in my mind."

Boy Harsher is a minimal synth duo that produces dance beats infused with ethereal vocals. The music created is somewhere between electro dance, synth-pop and confessional storytelling.
Boy Harsher started in early 2013 under the name Teen Dreamz. The project was based on short stories written and read by Matthews then live scored by Muller. In January of 2014 Teen Dreamz took on the moniker Boy Harsher.

Boy Harsher began as an urgent need to produce and consume.
In the winter of 2014, Jae Matthews and Augustus Muller started to experiment with sound, video, and text. The advent of Boy Harsher! Born out of this tumultuous relationship in swampy Georgia, their first EP Lesser Man is sexy as it is sulking. Lesser Man determined their morose, pop sound. In their second album, the full length Yr Body is Nothing, Matthews and Muller took that dark and ran with it. Both releases reflect the fervor present in their adolescent lust and anger. Yet, before Matthews and Muller recorded any song, their chaos made the project vulnerable and invariably lead to momentary destruction . In what was at the time believed to be their last performance, Matthews had “careful” tattooed across her back, while Muller fried the speakers. A lit candle was thrown. They were not on speaking terms.

Careful marks Boy Harsher’s most dynamic album to date. The band expands upon the fine-tuned production developed in their last EP Country Girl, but with plenty of nods to the fast tempo and grittiness of Lesser Man. Matthews and Muller attribute the evolution of their sound to the extensive touring they completed in the last few years. “Traveling and connecting with people has been so fundamental;” Muller says “we’re really able to experiment with our material and it feels like the live set as grown into an entity of its own”. Boy Harsher embarked on two US and two EU tours this past year, where audiences recognize their set as faster, harder version of their recorded material. Careful was primarily written at home in Massachusetts, with just a handful of synthesizers and a laptop. For Muller a minimal set up is paramount to his process. Boy Harsher mixed the album in Italy with Maurizio Baggio of La Distilleria Studio
who had a big hand in finalizing the sound.
Boy Harsher emphasizes emotive sounds and evocative narratives to generate palpable material in their latest release Careful. Careful is a timeless and original minimal synth record highlighted by a strong narrative and marks the definitive return of the enigmatic duo.

HIDE are an electronic / dark industrial duo based in Chicago, made up of fine artist Heather Gabel and percussionist Seth Sher. Together since 2014, the pair create sample based compositions using a combination of self sourced field recordings and various pop culture/media. Releases include 2016’s Black Flame EP which is dedicated to the memory of Reyhana Jabbari, a 27 year old Iranian woman who was hung for allegedly killing someone who trying to rape her, and deals with various human rights violations in Iran. HIDE’s 2017 debut album Castration Anxiety on Dais Records addresses issues of power dynamics and representation. Seething with textured yet minimal tracks, HIDE gives raw vulnerability an opportunity to unfurl, yielding an album that calls for personal autonomy and the destruction of anything barring the way. A single on Sub-pop for the label’s singles club followed, with two unhinged tracks touching on the phenomenon of internalized misogyny and aspects of motherhood.

HIDE’s second full length album Hell is Here on Dais (August, 2019) sees the band’s evolution pushed even further. The tone is sick and heavy. Using their previously established blueprint of complex drum programming, stomach churning sub bass and aggressive expressive vocals, Gabel and Sher poke and prod at the perception of musical context, and remind the listener that feelings of anxiety, pain, and discomfort are equally as important as those of resolution. Perhaps the strongest tool utilized here is the material’s dichotomy between the abrasive and the sterile. Beneath the crushing noisy exterior, sparks the familiar human voice. Divorced from their caustic counterparts Gabel’s vocals play a decisive role in cementing narrative for the material’s uncompromising assault on the senses.

You may also like the following events from MetaMorfosi Alternative Club: 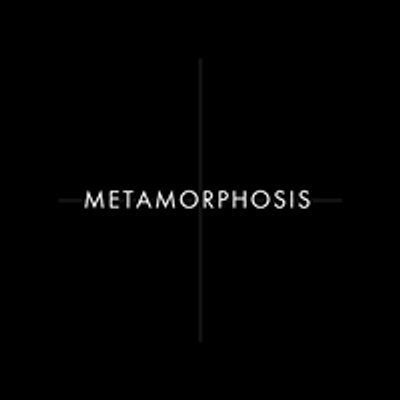