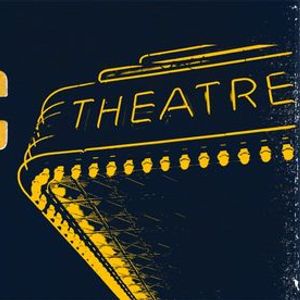 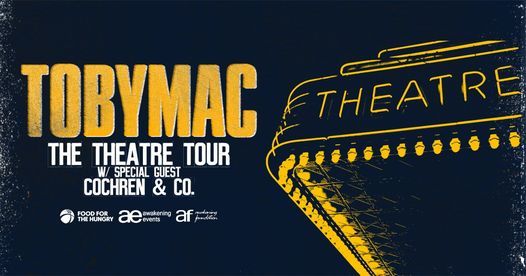 TobyMac is making a stop at the Coronado Performing Arts Center on November 8, 2019! 7X GRAMMY® winner TobyMac's “I just need U.” just scored RIAA Gold Certification aligning with the wrap of his ever popular “HITS DEEP Tour” drawing hundreds of thousands. “I just need U.” is housed on TobyMac’s latest chart-topping album The Elements. The track marked the multi-platinum selling artist's fastest song to be certified Gold, and reigned at radio for 12 weeks.

"I have been fortunate to have been a part of a lot of great songs, "shares TobyMac. "For 'I just need U.' to be setting new benchmarks is crazy!"

"We knew that 'I just need U.' was a special song when Toby brought it in and had high hopes that it would become another milestone moment in a career that has already had so many," adds Brad O’Donnell, Co-President, Capitol Christian Music Group. "It has exceeded even those expectations though - we couldn’t be more excited to have yet another Gold record with Toby!"

250,000 tickets were sold to TobyMac’s “HITS DEEP Tour.” Among the 37 shows were a slew of notable arenas including Nashville’s Bridgestone Arena, Atlanta’s Infinite Energy Arena, Hoffman Estates’ Sears Centre Arena, Newark’s Prudential Center and two sold-out nights at D.C.’s EagleBank Arena and Dallas' The Theatre at Grand Prairie. Jeremy Camp, Jordan Feliz, Ryan Stevenson, We Are Messengers and Aaron Cole joined the artist’s headlining jaunt which is a partnership with K-LOVE, Air1, Awakening Events and Food for the Hungry. TobyMac took a series of photos on stage at every arena – fans can find their photos at www.TobyMac.com/ photos-from-stage/.

Fall of 2019 will mark the return of the “TobyMac The Theatre Tour.” Known for selling out arenas, last year marked the inaugural year for the trek which offers fans an unprecedented, intimate music experience. The unique offering will visit a dozen markets in November with special guest Cochren & Co. "TobyMac The Theatre Tour" is in partnership with Awakening Events, Awakening Foundation and Food for the Hungry.

You may also like the following events from Coronado Performing Arts Center:

Tickets for TOBYMAC: The Theatre Tour can be booked here.