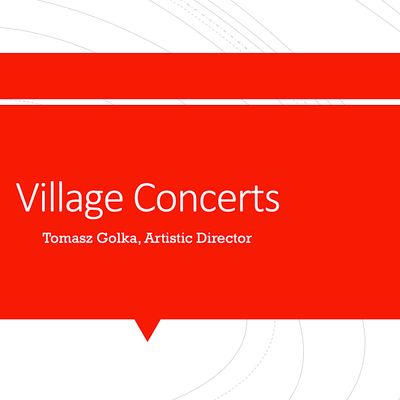 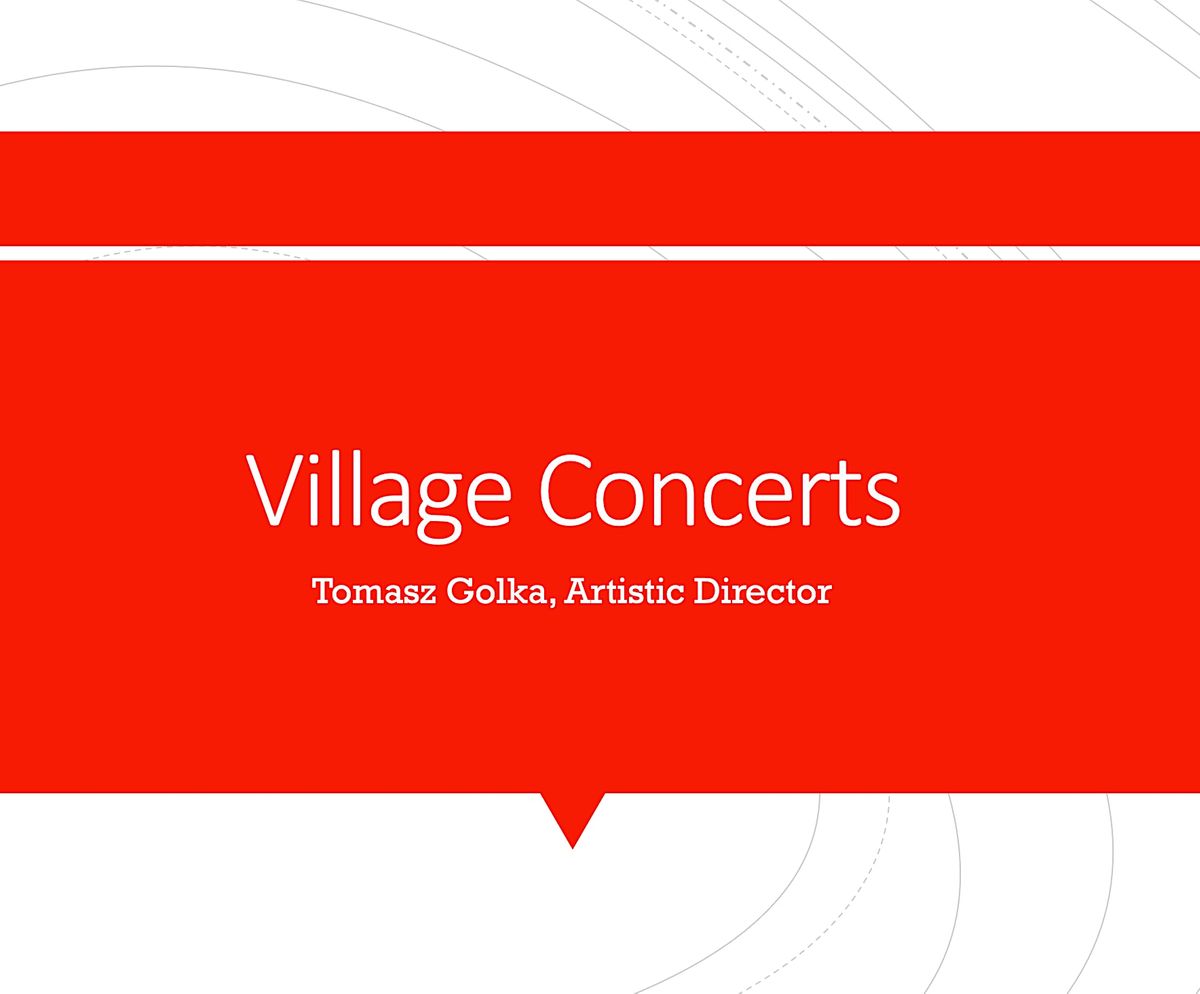 Concert series in Riverside, California, focusing on chamber music and various small ensembles in a multitude of genres.

Welcome to our website! Here you can find information about our concerts, guest artists, tickets, and lots more.

I am very excited to share with you our 2022-2023 Season! As a result of such enthusiastic audience support, we are adding a fifth concert this season!

Our opening concert on October 2 "From Vivaldi to Venuti" features brilliant jazz violinist Hiro Goto with bassist Igor Kogan and pianist Bryan Pezzone. You will not only get to hear great jazz played by these brilliant musicians but also Baroque favorites (like the original version of Pachelbel's Canon & Fugue and Vivaldi's La Folia) with myself and Anna Kostyuchek on violin and the jazz-influenced 2nd Sonata for Violin and Piano by Pullitzer Prize winner William Bolcom.

Next on November 13 begins the three-part series "Sonatas, Partitas y Canciones." Join us as we explore the complete Sonatas and Partitas for solo violin of Johann Sebastian Bach - the most beloved, monumental, and influential works ever composer for this instrument. Each of the three concerts, which will take place over the next two seasons, will feature a Sonata (modeled after 18th century church sonatas), a Partita (a suite of dances), and two sets of Latin American songs, played and sung by the great Mexican guitarist and vocalist José García ("...an artist with passion and clearly displays the gift of connection with an audience" - @CriticalJazz).

On January 22 join us for "A Brave New World" as we explore some of the mavericks of the chamber music literature. You will hear the stunning 2nd movement "Lyric" of the String Quartet by the highly celebrated George Walker - the first African American to win the Pulitzer Prize for composition. You will also experience the epic String Quartet, Opus 131 by Ludwig van Beethoven, one of the greatest musical compositions not just by the master but by anyone. Finally, the concert concludes with the "American" Quartet of Antonín Dvořák, a piece written while the composer was living in America and one of the all-time favorites in the entire repertoire. For this concert I am joined by the wonderful instrumentalists YuEun Kim, Sharon Ray, and Evgeny Tonkha.

March 5 brings us the second part of "Sonatas, Partitas y Canciones" in tandem with songs by guitarist/vocalist José García, this time featuring the 2nd Sonata in A minor and the 2nd Partita in D minor, which includes the famous Ciaconna (or Chaconne, as it has incorrectly become known... but you will learn more about that only at the concert!).

Finally, our season wraps up on April 23 with "From Palace to Salon" with the piano quartets (all in the haunting key of G minor) by some of the greatest masters: the beloved one of Wolfgang Amadeus Mozart, the fiery one of Johannes Brahms, and the undiscovered gem of one of the most fascinating figures in all of music history Joseph Boulogne, Chevalier de St. Georges. The internationally-renowned pianist Robert Thies returns to Village Concerts and is joined by me as well as the superb Steve Huber on viola and the phenomenal Clement Chow on Cello. Don't miss it!

I look forward to seeing you at our concerts, and, if you should feel so inclined, please feel free to hit the DONATE tab above to continue supporting our organization.

Tickets for Village Concerts 2022-2023 Season can be booked here.

Village Concerts
Follow Contact
About The Host: The 2021-22 season opens on October 3, 2021 with the charismatic Quarteto Nuevo, which “merges western classical, eastern European folk, Latin and Jazz with an organic feel that packs a wallop! The ensemble’s razor sharp precision is enhanced by its jazzy interludes, lightly rumbling percussion motifs and difficult to navigate time signatures. They effectively meld the music of ancient worlds and faraway places with a contemporary groove!” (All About Jazz) On November 21, 2021 you can hear some of the greatest piano trios of the Romantic Era with cellist Thomas Loewenheim, pianist Neal Stulberg, and on the violin Artistic Director Tomasz Golka. The concert entitled “The Greatest Romantics” features Dvorak’s rhapsodic “Dumky” Trio, Brahms’s poetic B major Trio, and the fiery Piano Trio of Samuel Coleridge Taylor, known by many as “the African Mahler.” All three of these piano trios are symphonic in scope, and what better group than three instrumentalists who are each highly successful conductors to navigate through this powerful program? On February 13, 2022, come celebrate Valentine’s Day at Village Concerts with a piano recital by the internationally-renowned Adam Golka, a pianist of “brilliant technique and real emotional depth.” (Washington Post) A soloist with some of the finest orchestras in the world, including those of San Francisco, Atlanta, BBC Scottish, Warsaw, Dallas, Houston, Milwaukee, Indianapolis, and countless others, Adam has just completed several cycles of performances of all of Beethoven’s 32 piano sonatas around the country and virtually. The 2021-22 season ends on April 24, 2022 with a string quartet concert entitled “Music of the Chosen,” celebrating music of Jewish composers. The concert features violinists Tomasz Golka and Anna Kostyuchek, violist Jonah Sirota, and cellist Laszlo Mezo. The concert includes works of Mendelssohn, Gershwin, and the very moving “Different Trains” for quartet and electronic tape of Steve Reich, a piece that focuses on trains in various historical contexts, from trans-American travel in the early 20th century to trains taking people to Auschwitz during the Holocaust.
Website Link: http://villageconcerts.org
Are you the host?
Nearby Hotels Doornbos Chapel, 17050 Arnold Dr, Riverside, United States
Event details from Eventbrite Report a problem ?