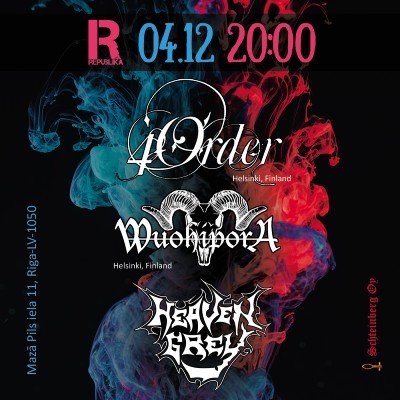 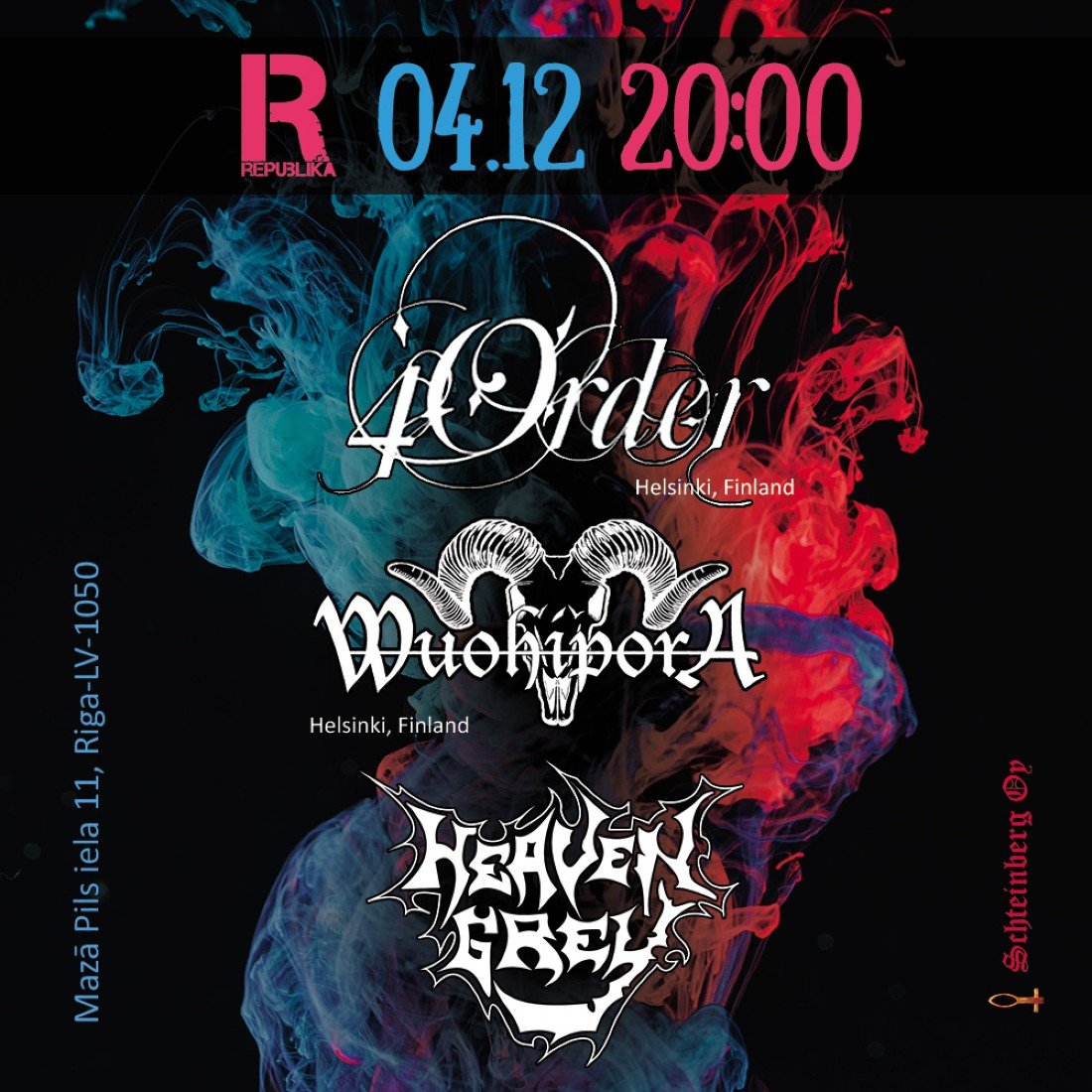 Since 2015 has Wuohipora been a proud torchbearer of Finnish melancholic metal and rock. Members of this group of 5 have previously operated on fields of punk hardcore rock metal and folk and those influences can be heard on music today.

4Order is Progressive operatic metal group from Helsinki Finland. Their hit single Frozen Ground hit the number one spot on Finnish Download Chart in the spring 2014 and stayed on the top five for 12 weeks. 4Order is back stronger than ever.

Hailing from Latvia “HEAVEN GREY” delivers heavy and melodic gothic metal guiding a listener to the world of dying beauty and romantic despair.

The band was formed in 1993 initially as a death metal act and then influenced by such bands as Paradise Lost Tiamat My Dying Bride and Sentenced moved on to doom/gothic metal with lyrics written both in Latvian and English.

We released 2 albums in the 1990-ties: "Memory River" (1996) and "Northwind" (1998) but unfortunately split up in the beginning of 2000-ties due to personal reasons (two band members died) and the name "Heaven Grey" moved into the shadows for some years.

In 2007 the band reunited and returned to the active rehearsals and shows and a completely new program has been created and then released in June 2010 as a self-financed comeback album “Falling Mist”. The style has gradually changed after the reunion and now we are much more gothic metal than doom. An intricate blend of melancholy somber dreams and pain-filled fury is shared with the audience at every live performance. It's a music which makes your heads to bang and your hearts to bleed.

The band’s latest effort – album titled “Manuscriptum” – was released in May 2016 on “Via Nocturna” label.


You may also like the following events from Schteinberg Oy:

Also check out other Parties in RIGA, Performances in RIGA, Music Events in RIGA.
Tickets

Tickets for Wuohipora, 4Order (both Finland) and Heaven Grey in Riga can be booked here.