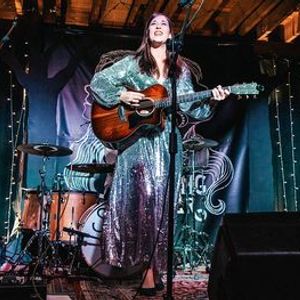 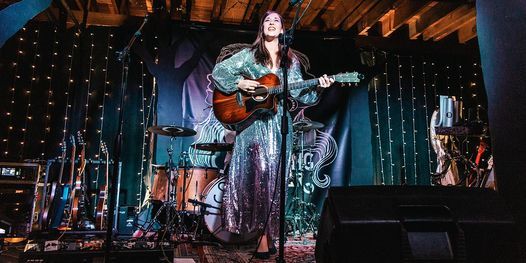 REBEKAH TODD & THE ODYSSEY:
Growing up in the small town of Benson, North Carolina, Rebekah Todd has been surrounded by music for as long as she can remember. At 11 years old, Rebekah’s father, a musician himself, gave her a black acoustic Washburn guitar and taught her to play. Flooding the house with sounds of classic rock and folk, her father played everything from Pink Floyd to the Righteous Brothers, leading Rebekah to instantly find her musical niche somewhere between melodic soul and alternative folk rock. Growing into her soulful voice and and musical style, the singer-songwriter started to pull inspiration from a wide range of musical genres, citing passionate singer/songwriters like Lauryn Hill and Susan Tedeschi as her inspiration and shaping the music she writes and performs today. After receiving her bachelor’s degree in Fine Arts from East Carolina University in 2012, Rebekah has been devoting her life to writing and touring. Currently based in Murphy, North Carolina, Rebekah is a gifted performer with a natural, soulful, and effortless voice and two releases under her belt, releasing her debut EP, Forget Me Not, in 2011, first LP, Roots Bury Deep, in 2014 and most recent full length, 'Crooked Lines' in February, 2017. Todd has received countless awards and recognition including 2013 Carolina Music Awards “Best Female Musician”, 2016 winner of Floyd Fest “On The Rise” Competition, 2017 Wilma Magazine’s Woman to Watch, 2018 Encore Magazine’s “Best Female Musician” and much more.

Todd is currently writing a new album set to be released and toured with her full band, Rebekah Todd & The Odyssey in 2021.

NiiTO:
Based out of Raleigh-Durham, NC, NiiTO has spent the last few years crafting a unique sound while becoming more in tune with themselves and the people of this world. With heavy influences from a variety of genres, they’ve stumbled upon a sound that blurs the lines between R&B, Rock, Pop, Soul, Funk, Jazz, Blues and more. “The more genres we can absorb... the more people we can spread love to”..

STRAY LOCAL: is the husband-and-wife songwriting duo of Hannah and Jamie Rowen based in Raleigh, North Carolina. The pair performs a bouquet of indie sounds punctuated by powerful vocal melodies, vibey guitar riffs, dreamy synths, and rich harmonies woven together with a strong pop sensibility. 2020 was the year Stray Local made the move to Raleigh to be immersed in the thriving music scene here in the triangle, when of course Covid put a halt to shows, tours, and collaborations. They turned to writing and producing music from their home studio. They recently released the indie rock banger, Featherweight, which is the band's 3rd new single of 2021.

Since the band's formation, Stray Local, has performed internationally in Germany, France, Spain, Canada and across the United Kingdom and in 2019 completed their first coast to coast "Run Wild" tour combining the couple's passion for music and running. When they are not writing or performing as Stray Local, they are running the roads and trails along their tour route, competing in 5ks through marathons and even obstacle course races. They launched the Stray Local Track Club to inspire healthy living and an active lifestyle and love partnering with local run clubs throughout the country. They have been on the cover of Runner's World Magazine and are currently Ambassadors for Brooks Running.


You may also like the following events from Rebekah Todd Music: