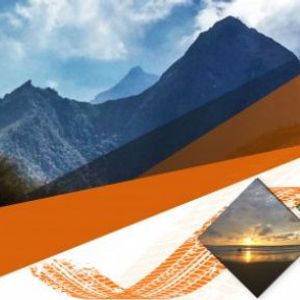 Get ready for an exciting adventure, in a country of many natural wonders and countless treasures. Ecuador is a country with impressive contrasts where high summits merge towards the deep blue Pacific Ocean.

Ecuador has many climate zones, from tropical along coast to cooler and dryer inland at higher elevations and tropical in Amazonian jungle lowlands. Ecuador is unusual in that one can choose any climate one wishes by where in the country one travels to. Adding up the thrill of riding a motorcycle makes it even more fun. Lying on the equator means there is no summer or winter; however, there are typically wetter and drier seasons. The 'wetter' season is usually between December - June, while the drier season runs from July - November.

On this tour, you will be part of this merging. Following the water routes, you will transfer from the highlands from the Andes to the whole Coastline, baptized as Spondylus due to a colorful shell that leaves all along the Pacific Ecuadorean Coast. Enjoy this tour, fully thanks to our motorcycles and your riding experience using the best hotels and eco-lodges to make this one wonderful experience.

We strongly recommend you to arrive at least 2 days earlier so you have some spare time to get used to the altitude if need be and also to visit around the capital, San Francisco de Quito. It has won 4 tourism prizes so far and is a city filled with history. From way back when the colonials arrived and founded the city. Bringing their European culture and mixing it with the local natives. The first settlers were the Quitu people: they were eventually subjugated by the Caras culture. Sometime in the fifteenth century, the city and region were conquered by the mighty Inca Empire, based out of Cuzco to the south. Quito prospered under the Inca and soon became the second most important city in the Empire.

Quito has continued to slowly grow and has evolved from a tranquil provincial capital to a modern metropolis.

Perhaps because it spent so many centuries as a quiet provincial town, Quito's old colonial center is particularly well-preserved. It was one of UNESCO'S first World Heritage sites in 1978. Colonial churches stand side-by-side with elegant Republican homes on airy squares. Quito has invested a great deal recently in restoring what locals call "el Centro Historico”, Spanish for Historical Center and the results are impressive. Elegant theaters such as the Teatro Sucre and Teatro México are open and show concerts, plays, and even the occasional opera. A special squad of tourism police is detailed to the old town and tours of old Quito are becoming very popular. Restaurants and hotels are flourishing in the historic city center. Much worth to be visited.

You may also like the following events from Ecuador Bike Rental:

Tickets for TAKE OVER ECUADOR GUIDED TOUR can be booked here.