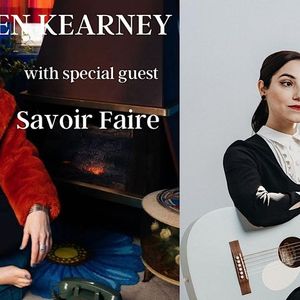 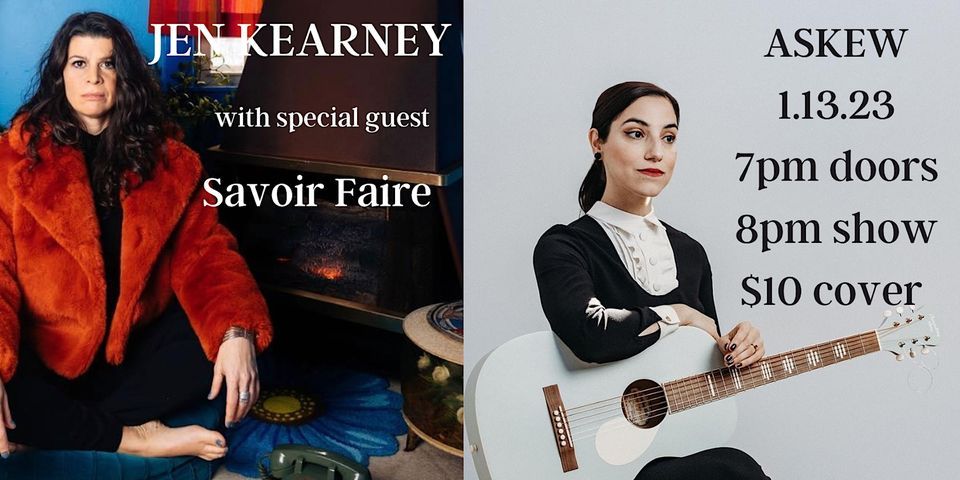 Join us for a great night of music with Jen Kearney with special guest Savoir Faire at Askew!!

followed by a Retro Dance Party with DJ Venom at 10:30pm

Originally from Boston, Massachusetts, Jen Kearney has spent some time seasoning her particular style of original music. Her sound is truly an amalgamation of musical styles including Soul, R&B, Funk, Rock, and Latin. Kearney’s music and attention to lyrics and has met critical acclaim nationally and internationally.
Kearney is set to release an EP entitled “Atlantic” in March of 2022 and a full-length LP later in the year. She has recorded and released six studio albums and has done session work on many other projects.
Kearney tours both as a solo act and with a full band. She spent 2018-2020 living in London touring the UK/ Europe with her own act and with the legendary Snowboy & the Latin Section. She has shared the stage with the likes of Maceo Parker, Los Lobos, Daryl Hall, Mavis Staples, John Mayall and the Bluesbreakers, The Derek Trucks Band and more.

You may also like the following events from Askew Prov: