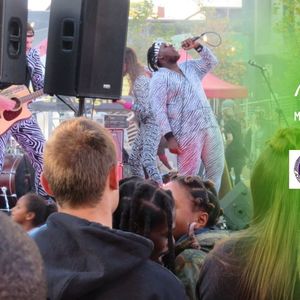 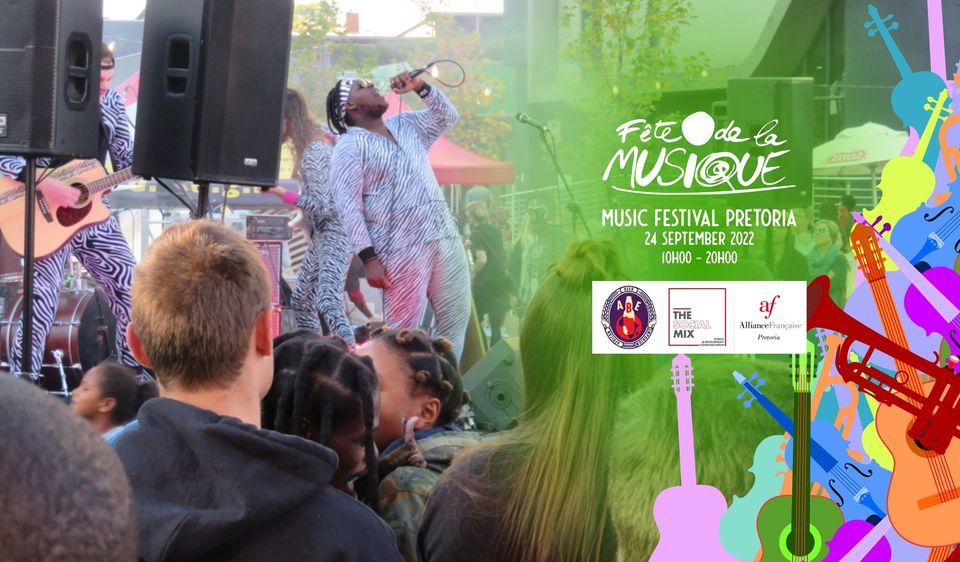 Due to roadworks happening, the event date has had to be moved. We will be taking this opportunity to make the event even better!

SAVE THE DATE. DETAILS OF THIS EVENT WILL BE CONFIRMED SOON.

Taking place Saturday 24 September 2022 from 10h00 to 20h00, we are excited to be bringing back the Fête de la Musique to Pretoria, this time even bigger, better and more festive than ever before! Come join us for a full day of music celebration that takes to the streets of Pretoria.


Featuring the best of local musicians, this is sure to be the place to be for a Winter Warmer experience in our beautiful city. Enjoy two main stages and many busking stages in the street and at selected restaurants and shops. Then, buy, eat and be merry at the planned street market, or at one of the great restaurants in the area. All of this, while surrounded by a festive celebration of music.

It is absolutely FREE to be part in the festival – whether you are performing or just as a spectator!

The Fête de la Musique, also known as Make Music Day or World Music Day, is an annual music celebration which started in Paris, France in 1982. Maurice Fleuret, Director of Music, found in a study on the cultural habits of the French, that one in two people played a musical instrument – but no one ever saw them play – “The music was everywhere but the concert no-where”. His dream was to bring people to the streets to make music. Since then the festival has grown to over 700 cities all over the world – and Pretoria is part of it.

Maurice Fleuret, Director of Music, found in a study on the cultural habits of the French, that one person out of two, played a musical instrument but nobody ever saw them play – “the music was everywhere but the concert nowhere“.

His dream was to bring people out on the streets to make music.

The concept of the festival is based on inviting all levels of musicians to play (or sing) freely on stages and in the streets, offering free entertainment to everyone attending the festival. Artists normally play for free and no tickets for the event are sold.

The music performances are not selected by genre or language, and the idea is to have a variety of acts celebrating local and international talent.

Bigger, drawcard bands can be sponsored to perform and international musicians will also be invited to perform during the festival, sponsored by the French Embassy, IFAS (French Institute of Southern Africa), and various other Embassies or Institutes.

The dream caught on and today the festival is celebrated in more than 120 countries in more than 700 cities; including Pretoria, Johannesburg, Cape Town and Port Elizabeth in South Africa.

Fête de la Musique Pretoria
Follow Contact
About The Host: World Music Day: Amateur and professional musicians invade the streets of cities over the world to celebrate the joy of music in all its forms. A Free event for everybody to enjoy!
Website Link: https://fetedelamusiquepta.co.za
Are you the host?
Nearby Hotels Pretoria, South Africa
Report a problem ?