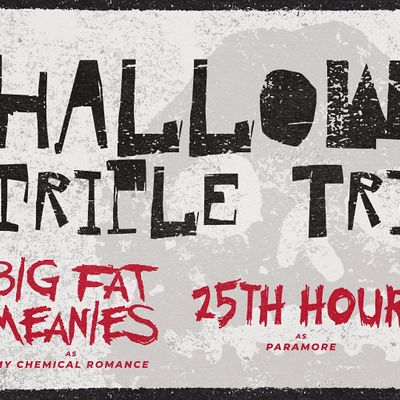 HALLOWEEN TRIPLE TRIBUTE NIGHT to My Chemical Romance, Paramore, and JSV at Rivet!

A triple header of fun to kick off Halloween weekend! 3 great bands paying tribute to bands that inspire them: My Chemical Romance, JSV, and Paramore.

With an unusually large number of musicians comes an unusually large palette with which to paint. Big Fat Meanies strives to write music with an infinite palette, without boundaries or limitations. Their songs blur the lines between genres, and blend the different musical backgrounds of each member in perfect harmony. Their debut album 'The Time Has Come…' reflects these qualities, and combines an eclectic mix of rock influenced sounds that collide into a monstrous nautical themed soundscape.

Tonight at Rivet, that all takes a back burner to the band transforming in to an amazing tribute to MY CHEMICAL ROMANCE!

⚙️ Listen to "Yellowmoose" by Big Fat Meanies on Spotify

NEW SINGLE: "Yellowmoose" by Big Fat Meanies is now available for streaming on all major platforms! 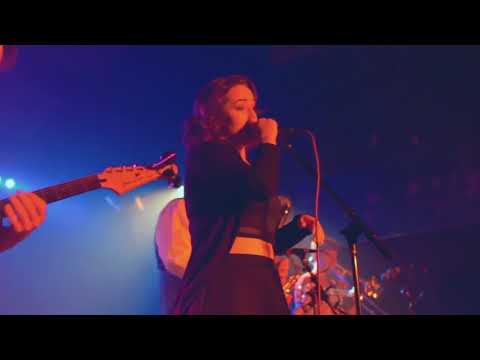 "Sounds like David Bowie and Freddie Mercury had a love child," claimed one fan upon his first encounter with Jon Smith’s Voyages. A strange but bold statement, his analogy holds up. Many fans say the style of front man Jon Paul Smith’s songwriting is reminiscent of daring acts like Queen, Bowie, and even Broadway musicals. Yet Smith achieves his sound naturally with unique piano-based arrangements and an incredible vocal range to create a genre best described as “theatrical rock.”

Tonight they will pay tribute to themselves with many songs that has a wide base of inspiration and you may just recognize quite a few of the ditties.

Tonight they transform into PARAMORE for a tribute set of their hits! 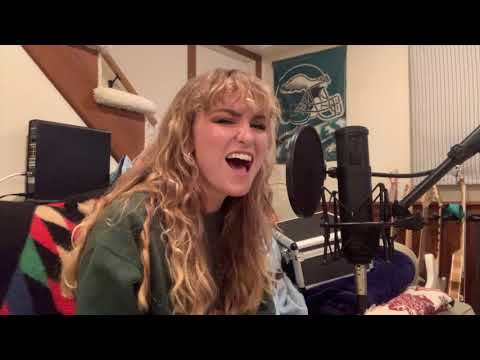 ? Costumes are encouraged, not mandatory.

Advanced ticket holders may make table/seating reservations by filling out the form on our website or giving us a call at (484) 949-8374. Table space is limited. Make sure you have your ticket purchase order number when calling for reservations. All unreserved seating is on a first come, first served on the evenings of the shows.

Tickets for Big Fat Meanies as My Chemical Romance + 25th Hour as Paramore + JSV as JSV can be booked here.