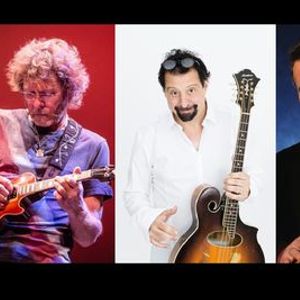 Sam Bush, Mike Marshall, Edgar Meyer and George Meyer - American music masters Sam Bush, Mike Marshall, and Edgar Meyer join with George Meyer for the kind of special collaboration usually heard only at a bluegrass festival. Bush and Marshall are mandolin virtuosos rooted in bluegrass. The Meyers (Edgar on acoustic bass, son George on violin) come from the classical world. Together, they make acoustic music that can only be categorized as “amazing.” You’ll hear works from the 1999 genre-bending album Short Trip Home (which featured Bush, Marshall, and the elder Meyer), plus new music written for this tour. Four musical stars are coming together in a burst of creativity; don’t miss it!

You may also like the following events from The Pittsburgh Cultural Trust: