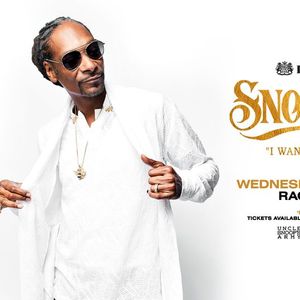 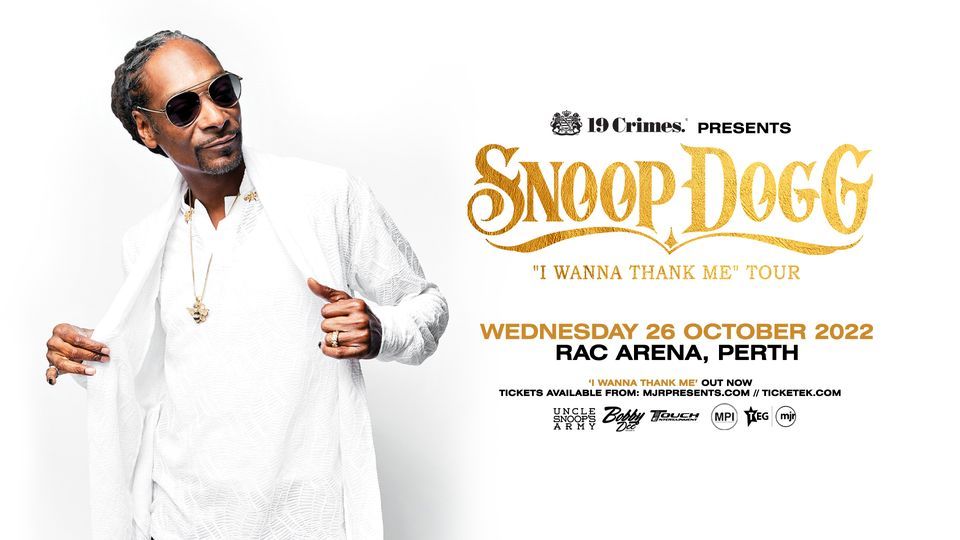 19 Crimes proudly presents, Entertainment Icon, Hip-Hop legend and one of the world's most recognised artists Snoop Dogg for his massive arena tour of Australia in October / November 2022.

Almost two years since the bright lights of Australia’s arenas were switched off as the pandemic struck, Entertainment Icon, Hip-Hop legend and one of the world's most recognised artists Snoop Dogg has officially unveiled plans for a run of major, indoor arena shows around the country in 2022.

Snoop Dogg, who hasn’t performed in Australia since 2014 when he headlined the Big Day Out, will return to Australian shores in October 2022 for his ‘I WANNA THANK ME’ tour, which will see the West Coast rap legend celebrate the release of his 17th album ‘I Wanna Thank Me’, and documentary of the same name.

While the ‘I Wanna Thank Me’ documentary celebrates 25 years of Snoop Dogg - a career that has seen the Doggfather cement his undisputed influence on music with chart-topping, multi-platinum records, while also solidifying his importance as a cultural icon, actor and businessman - the upcoming Australian tour will be all about the music!

Hailed by Rolling Stone as ‘America’s Most Lovable Pimp; a hip-hop star that has survived gangsta rap, charmed Hollywood and won over soccer moms – a hip-hop family man who’s evolved from consummate thug to ultimate mack’, Snoop Dogg remains one of the most important figures in music, almost three decades into his career.

You may also like the following events from RAC Arena:

Tickets for Snoop Dogg can be booked here.