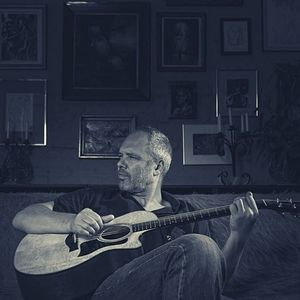 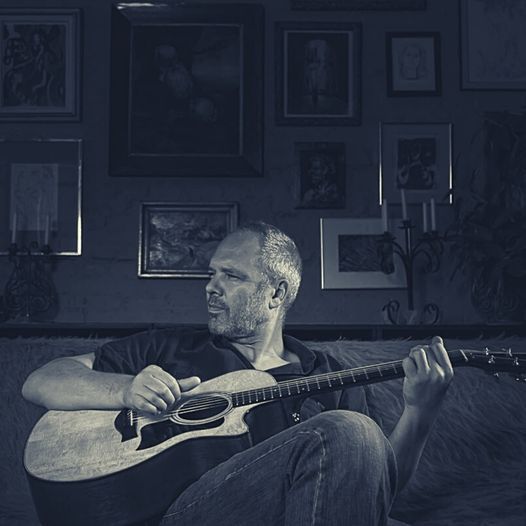 The accolades go on-and-on for Rob Lutes:
‟A gem. Among the best in a crowded roots field.” - Toronto Star

"Rob Lutes is the real deal, a consummate roots guitarist with singing and song-writing skills to match. He won the audience over right away and was a total pro to work with. We love him to bits."
Stuart Laughton, Founder/Artistic Director, The Forest Festival

Since the release of his first album Gravity in 2000, multi-award winning Rob Lutes has steadily built a collection of exquisite songs that inhabit the intersection of blues, folk, Americana, and the contemporary singer-songwriter genre. As skilled delivering a Piedmont blues classic as he is performing his own acclaimed original songs, Lutes's masterful fingerstyle guitar work and soulful voice bring an unmistakable intensity to his live performances.
One of six kids raised in the town of Rothesay, New Brunswick, the Montreal-based recorded his eighth album Come Around during Fall 2020. The follow-up to 2017's Walk in the Dark, which earned Folk and Roots Radio's "Album of the Year", a Canadian Folk Music Award for Contemporary Vocals, and multiple nominations, Come Around was co-produced by Lutes and longtime collaborator Rob MacDonald at MacDonald's intimate Gambling Mule Studio. It features 11 original songs, a gritty cover of the traditional acoustic blues classic In My Time of Dyin', and gorgeous backing vocals from celebrated singer-songwriter Annabelle Chvostek. Replete with Lutes's literate, melodic songcraft, Come Around is another example of why Canadian critic Daniel Lemay calls Lutes "one of the most important songwriters of his generation.
Highlighting his unmistakable voice and acoustic fingerstyle guitar, the album sees Lutes melding influences of blues, Americana, folk and pop into a fresh electro-acoustic sound as he plots a pathway through the current state of human dislocation with wisdom and humour. On Knives, he views the extremes of love and loss against the realities of domesticity; in Lightning, painful flashes of recognition provide, in the end, a vision of hope; on That Bird Has My Wings, a song inspired by celebrated Buddhist author and death-row inmate Jarvis Jay Masters, Lutes finds hope of freedom in imagination and the natural world; and on Work of Art, the unlived life is recast as a thing of beauty.

You may also like the following events from Harmony Concerts:

Tickets for Rob Lutes can be booked here.

Harmony Concerts
Follow Contact
About The Host: Harmony Concerts is committed to providing an eclectic series with performers from all around the Ottawa area and beyond.
Website Link: www.harmonyconcerts.ca
Are you the host?
Nearby Hotels Studio Theatre Perth, 63 Gore Street East, Perth, Canada
Report a problem ?