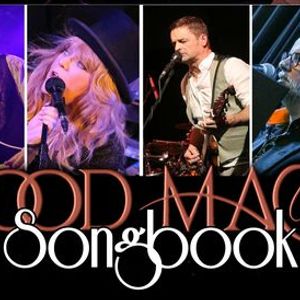 ‘The Fleetwood Mac Songbook’ is made up of six experienced musicians who are dedicated to celebrating one of the all-time great Rock, Pop & Blues bands in the World – Fleetwood Mac.

The band deliver faithful live recreations of all of the Mac’s best known and well-loved songs, spanning the 50 plus years from the Peter Green Blues era through their multi-million selling West Coast Rock ‘Rumours’ incarnation after the addition of Lindsey Buckingham and Stevie Nicks to the line-up which continued with platinum-selling 80s release ‘Tango In The Night’ and 1997’s ‘comeback’ concert and live album, ‘The Dance’.

You can expect to hear hits such as ‘Go Your Own Way’, ‘Dreams’, ‘Little Lies’, ‘Seven Wonders’, the anthemic ‘Don’t Stop’, Formula One racing theme ‘The Chain’, the Blues era smash ‘Oh Well’ plus well-loved classic album tracks which have all cemented Fleetwood Mac’s continued popularity after over 50 years.

You may also like the following events from The Fleetwood Mac Songbook:

Tickets for THE FLEETWOOD MAC SONGBOOK can be booked here.