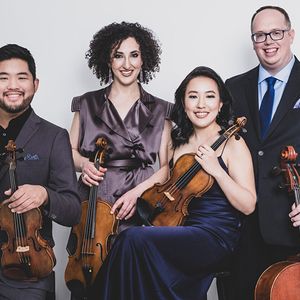 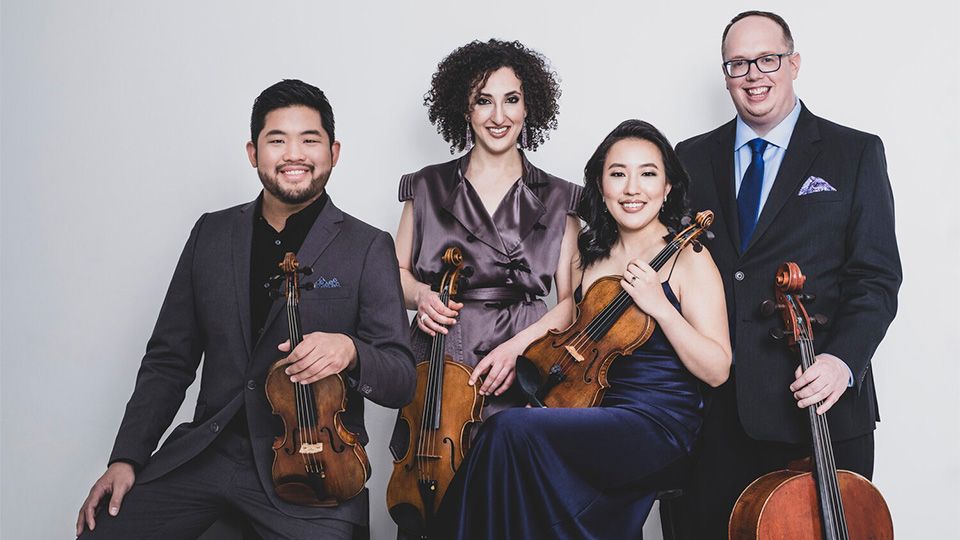 “outstanding ensemble… cohesive yet full of temperament”
– The New York

Acclaimed for its “bold interpretive strength, robust characterization and commanding resonance” (Calgary Herald), the Verona Quartet has firmly established itself amongst the most distinguished ensembles on the chamber music scene today.

Beethoven — String Quartet No. 1, Op. 18, No. 1
Ligeti — String Quartet No. 1
Dvořák — String Quartet No. 13 in G Major, Op. 106
The group’s singular sense of purpose most recently earned them Chamber Music America’s coveted 2020 Cleveland Quartet Award. The quartet serves on the faculty of the Oberlin College and Conservatory as the Quartet-in-Residence, in addition to holding residencies at the Lunenburg Academy of Music Performance, Indiana University Summer String Academy and North Carolina’s Chamber Orchestra of the Triangle.

The quartet curates the UpClose Chamber Music Series under the auspices of the Chamber Orchestra of the Triangle, bringing the visceral energy of classical music to diverse audiences in venues ranging from concert halls to craft breweries, and unlocking the secrets of the music through the “intimate way they communicate with each other and the audience” (The Arts Fuse, Boston).

A string quartet for the 21st century, the Verona Quartet champions the rich breadth of the string quartet repertoire from the time-honored canon through contemporary classics. Notable commissions and premieres include works by composers Julia Adolphe, Sebastian Currier, Corey Dundee and Texu Kim, as well as Michael Gilbertson’s Pulitzer Prize-nominated “Quartet.”

In addition to advocating contemporary music, the quartet strives for a dynamic, imaginative approach to collaboration and programming that champions cross-cultural and interdisciplinary enterprises. Recent projects include a live-performance art installation with artist Ana Prvački, performances with dancers from Brooklyn’s Dance Heginbotham, artistic exchanges with traditional Emirati poets in the UAE, and a collaboration with Grammy-winning folk trio I’m With Her.

Drawing from the mentorship of the esteemed Cleveland, Juilliard and Pacifica Quartets, the Verona Quartet’s rapid rise to international prominence was fueled by top prize wins at the Wigmore Hall, Melbourne, M-Prize and Osaka International Chamber Music Competitions, as well as the 2015 Concert Artists Guild Competition.

Supported, in part, by Peter Goulet.

You may also like the following events from Midwest Trust Center at Johnson County Community College:

Tickets for Verona Quartet can be booked here.