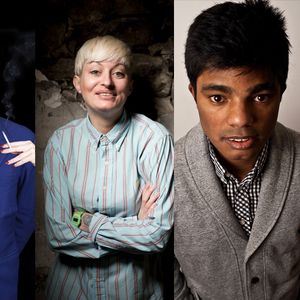 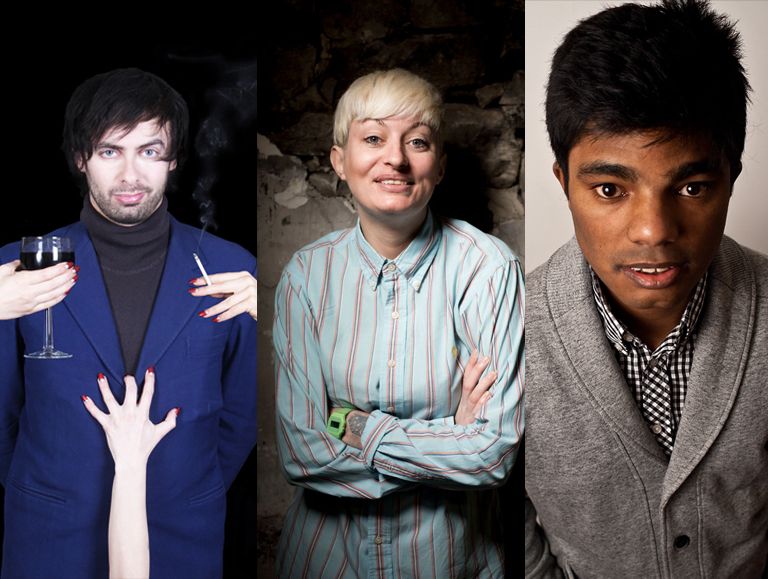 Join us for a fantastic evening of comedy with stars of TV and radio Marcel Lucont, Harriet Dyer and Don Biswas.

Marcel Lucont is without question the greatest UK-based French comedian around. This multi-award-deserving flâneur, raconteur and bon-viveur is currently touring the world, charming women and insulting the stupid. His deadpan stand-up, world-class sex poetry and bawdy chansons have been a huge hit all over Europe, Australasia and America and he has improved many a TV show along the way, including: Set List (Sky Atlantic), Comedy Central At The Comedy Store, The John Bishop Show (BBC1), John Bishop’s Christmas Show (BBC1), and Russell Howard’s Good News (BBC3).

Harriet Dyer is an award winning comedian, writer and mental health advocate. Harriet has been a full time comic since 2013. Harriet has bipolar disorder and does a lot of comedy work around mental health. Her debut, solo, hour-long show Barking At Aeroplanes at Edinburgh Fringe about her struggles and adventures with mental health received critical acclaim. This led to Harriet creating the award winning, monthly mental health comedy night Barking Tales which is beloved by its many regular attendees. Harriet has appeared on BBC Live at The Fringe, BBC Radio 4, The Russell Howard Hour, and most recently Harriet’s been one of the main writers on both seasons on Jon Richardson’s Channel Hopping.

Don Biswas is one of the gems of the circuit. A politically charged gag merchant who likes to cover a wide range of subjects including his Asian upbringing, his range of disabilities (Dyspraxia, ADHD, Asperger’s) and even the most important of topics.. conspiracy theories. Don has gained huge admiration off all corners of the circuit. His debut Edinburgh show Left-Wing Conspiracy Theorist With Dyspraxia in 2017 was critically acclaimed and led to numerous appearances on the BBC’s Asian Network. His unique style has seen him support John Williams on tour, perform in the USA (Silicon Valley & New York) & Switzerland. Recently, Don has appeared on Future Food Stars (BBC Online, 2022) and Rosie Jones’s Boxticker (Radio 4, 2021).

You may also like the following events from The Arts Centre EHU:

Tickets for A Rush of Laughter Comedy Night can be booked here.