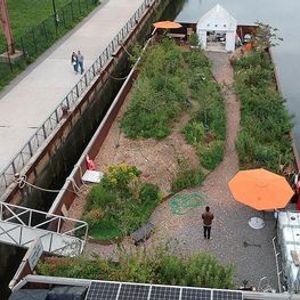 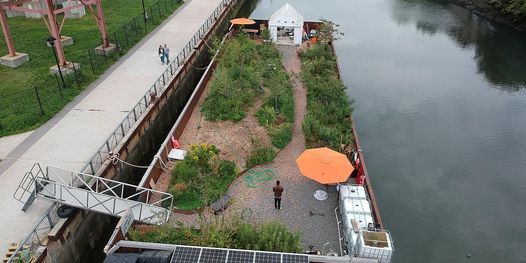 Weathervanes are indicators of the wind’s direction, designed to enliven the skyline and help predict what the weather will be. As weather patterns become increasingly erratic and extreme due to climate change, they become ever more challenging to prepare for and predict.

This interdisciplinary conversation, inspired by the current exhibition American Weathervanes, brings together scholars, artists, activists, and a policymaker for an intersectional dialogue around art and environmentalism. Through the varied lenses of those who study, depict, and work with nature, this conversation will explore relationships to the past and present of the land. The speakers will consider the implications of global environmental crises, strategies for sustainability, and visions for the future. Cultural producer Prerana Reddy will moderate.

Space is limited; advance registration is required. Please consider making a donation when you register to support our ongoing virtual programming.

Instructions for joining us, with a Zoom link and password, will be provided by email upon registration. You can find this information in the confirmation email under “Additional Information.” Closed captioning will be provided in English. For questions or to request accessibility accommodations, please email cHVibGljcHJvZ3JhbXMgfCBmb2xrYXJ0bXVzZXVtICEgb3Jn.

Una Chaudhuri is a Collegiate Professor and Professor of English, Drama, and Environmental Studies at New York University and Director of XE: Experimental Humanities and Social Engagement. She is a pioneer in the fields of eco-theatre and Animal Studies. Her recent publications include Animal Acts: Performing Species Today (co-edited with Holly Hughes), The Ecocide Project: Research Theatre and Climate Change (co-authored with Shonni Enelow), and The Stage Lives of Animals: Zooësis and Performance. Chaudhuri participates in collaborative creative projects, including the multi-platform intervention entitled Dear Climate, and is a founding member of the theatre think-tank, CLIMATE LENS.

Beka Economopoulos is the Director of The Natural History Museum, an ongoing art intervention that leverages the power of history, monuments, museums, and movements to support environmental and climate justice. The museum is a project of Not An Alternative, a collective that works at the intersection of art, activism, and critical theory. Named in the New York Times and ArtNet’s “Best in Art in 2015” round-ups, the group’s work has been widely exhibited around the world. Beka is a member of the Association of Science Museum Directors, was a co-organizer and Board Member of the 2017 March for Science, a 2018 Roddenberry Fellow, a 2020 Creative Capital award recipient, and was honored as one of Grist magazine’s top fifty environmental leaders of 2020.

Mary Mattingly is an artist based in New York City. Her work has been exhibited at Storm King Art Center in New York, the International Center of Photography, Palais de Tokyo, the Museo Nacional de Bellas Artes de la Habana, and the Bronx Museum of the Arts. With the US Department of State, she participated in the smARTpower project in Manila. She founded a floating food forest in New York called Swale. Her work has been featured in Art in America, Artforum, Sculpture Magazine, The New York Times, Le Monde, New Yorker, The Wall Street Journal, and on BBC News, MSNBC, and on Art21. Her work has also been featured in books, including the Whitechapel/MIT Press Documents of Contemporary Art series, Nature and Henry Sayer’s A World of Art.

Nilda Mesa is Visiting Lecturer at the Paris School of International Affairs, SciencesPo, and Adjunct Professor at the School of International and Public Affairs, Columbia University, as well as an Adjunct Senior Research Scientist at the Earth Institute. She serves on the Board of Directors of United Therapeutics (NASDAQ: UTHR). Mesa is the founding Director of the New York City Mayor’s Office of Sustainability and served in senior environmental roles at the US EPA, the Pentagon, and the White House Council on Environmental Quality. She is a graduate of Harvard Law School and studied at the Art Students League and MICA. Her collaborative work, Unity Canvas, is in the permanent collection of the 9/11 Memorial Museum. Her forthcoming book, Collaborating for Climate Resilience, will be published by Routledge on September 15, 2021.

Prerana Reddy is an independent cultural producer based in New York City working at the intersection of art, civic engagement, and social movements. She is currently a member of Creative Time's 1st Think Tank cohort which will be exploring new methodologies to dismantle exclusionary and colonialist modes of artistic creation and presentation. Reddy was most recently the Director of Programs at A Blade of Grass, a nonprofit that advances the field of socially engaged art through financial support for artists, public programming, research, and content creation. Previously, she was the Director of Public Programs & Community Engagement for the Queens Museum from 2005-2018, where she organized both exhibition-related and community-based programs with such renowned artists as Damon Rich, Mierle Laderman Ukeles, Mel Chin, and Pedro Reyes.

Please note; Alexis Mena, who was scheduled to be part of this conversation is no longer able to participate.

You may also like the following events from American Folk Art Museum:

Tickets for Winds of Change: A Conversation on Art and Our Changing Climate can be booked here.