diane maglaque
Hey there 👋
Do you need any help? 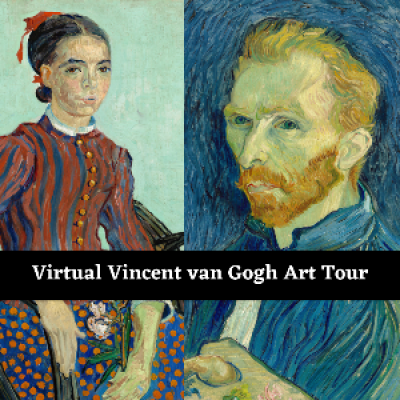 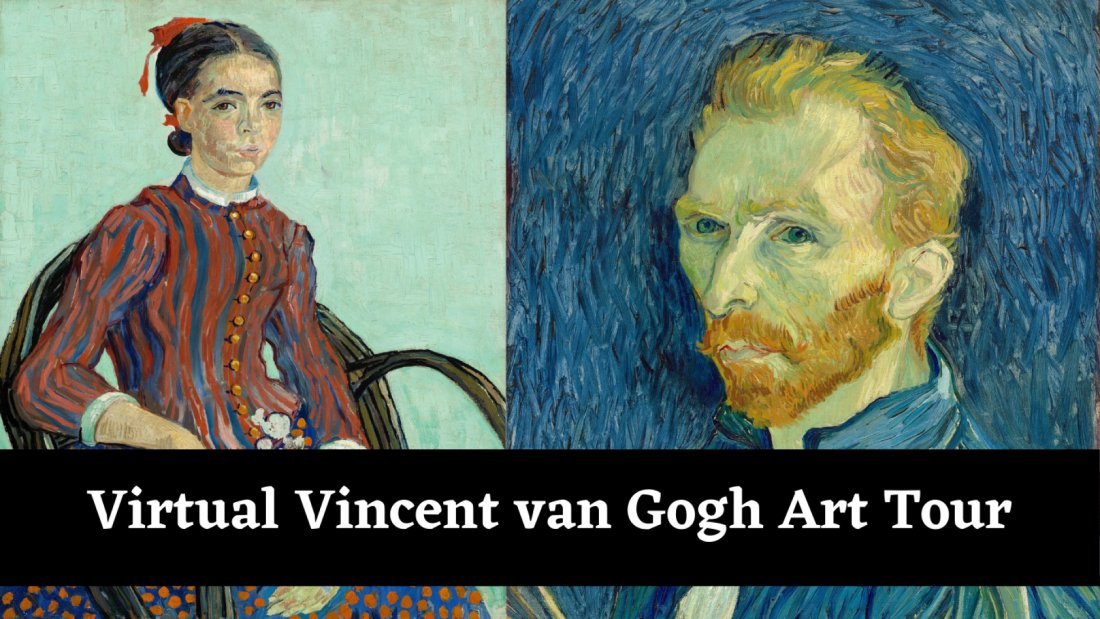 Take a live virtual tour of Vincent van Gogh’s life and artistic career. In this tour we will explore historic facts famous paintings drawings letters and how he became an Impressionist. Your guide Meghan will walk you through the stages of his life by viewing the art that he created. We begin by setting the stage by explaining his early life before he became an artist and why it was such an influence on him until his untimely death. We will also discuss the unique writers artists and Japanese Woodblock

An internet connection microphone and camera-enabled computer tablet or smartphone are required. The virtual tour will be delivered via the video conferencing app Zoom. You do not require a Zoom account to participate; the link to access the tour will be sent to you in advance.

Once you have registered for the tour you will be sent an email with all necessary information and details about how to access the class online.

This live tour is not recorded due to copyright laws.

Rebeccah has designed and will be leading this tour in the spring. She received her undergraduate degree at Loyola University Maryland with a double major in History and Art History with a focus on Ancient Greece and Rome. She has volunteered at her local historical society and the Baltimore Museum of Art and worked in her university gallery. She then received her Master’s degree at the University of Delaware in Art History where she also worked with curatorial teams for exhibits at the Winterthur Museum and the Pennsylvania Academy of Fine Arts as well as the university’s gallery.

Rebeccah focused in classical art and architecture throughout her undergraduate studies. She studied abroad in Rome Italy while touring many of the sites and pieces featured in the tour which also features many of her own photos. She also specialized in the history of gladiators and wrote her Master’s thesis on the relationship between the representations of gladiators featured on a Pompeiian tomb and Roman approaches to death.