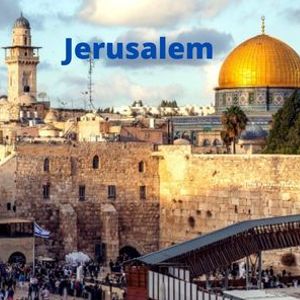 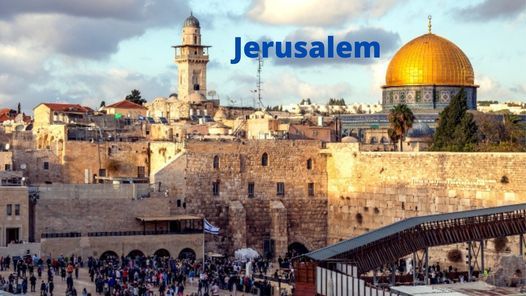 Join our virtual guide as we explore Jerusalem’s Holy City. As we discover each of the four quarters of the holy city as well as the nearby city of Bethlehem. As we celebrate the holiday season, it is time to explore the sites of where they all began!
The Old City of Jerusalem is one of the most intense places on Earth. At the heart of the Jewish, Islamic, and Christian religions, this one-Kilometer, area in the center of Jerusalem is beyond words and can’t be described. The Old City is home to the Western Wall (aka Wailing Wall and in Hebrew Kotel). This is the last remaining wall of what was once the Jewish Temple. It is today the holiest site in the world for the Jews. Above the Western Wall lies the Dome of the Rock, which is important for Muslims as the site where the prophet Muhammad was thought to rise to heaven. Just a few minutes’ walk away lies the Church of the Holy Sepulchre. This is where some believe Jesus was crucified and buried. To get a full gist of this of this you need to join our virtual guide tour.

Our guide will take you on tour of each quarter of the Old City: The Muslim Quarter, Jewish Quarter, Christian Quarter and the Armenian Quarter. We will learn about the Western Wall of Solomon’s Temple, the Dome of the Rock, the Temple Mount, the Church of the Holy Sepulchre, and the Western Wall Temple (among others). We will learn about the Temple and see the site which is known to be the miracle of hanukkah (Jewish holidays). Come take part in this instructive tour with us and grasp the historical importance of “Old City of Jerusalem”.

You may also like the following events from Virtual Touring: