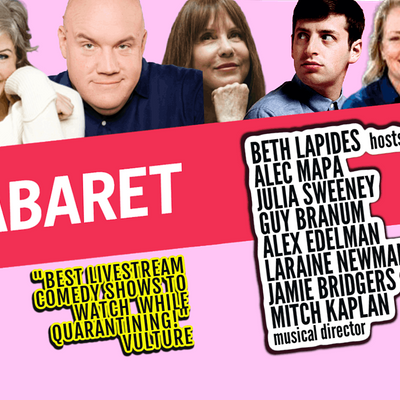 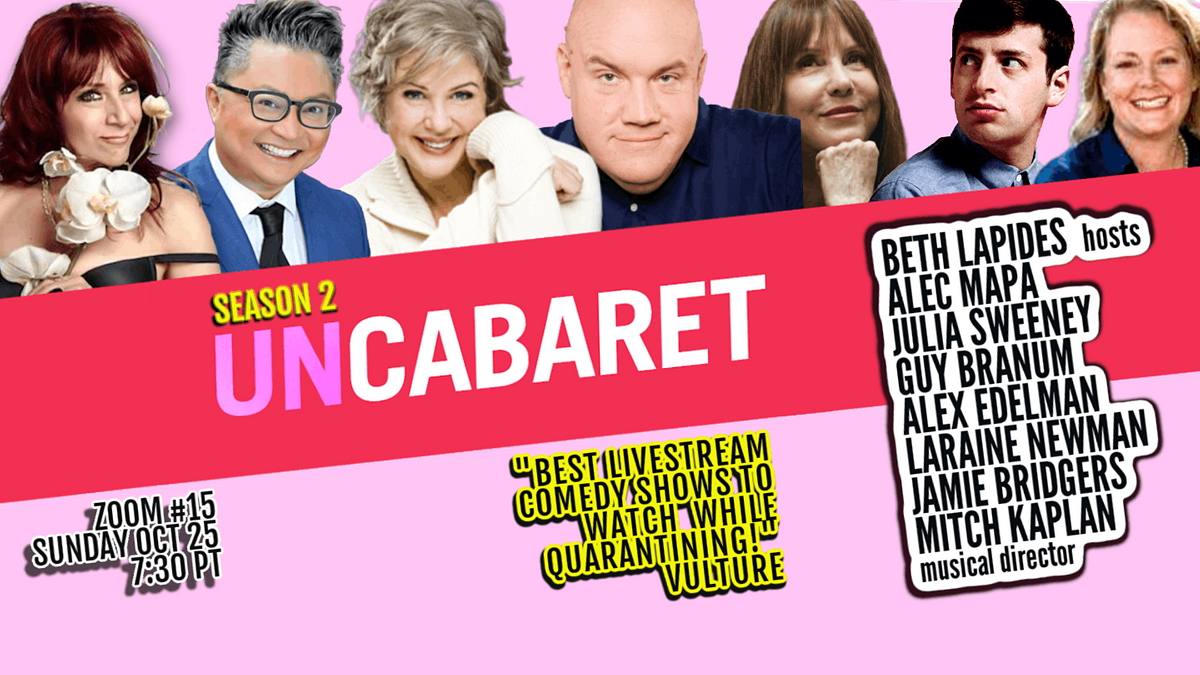 "We all need a good laugh right about now. Here's an opportunity to have that and feel part of a community." LA Weekly

Vulture called Beth Lapides’ UnCabaret “one of the best livestream comedy shows to watch while quarantining!” and you can see why on October 25 when Beth and her stellar guest Alec Mapa, Julia Sweeney, Guy Branum, Laraine Newman, Alex Edelman, and Jamie Bridgers share stories, wisdom, rants, songs, commune and a deep dive into this now.

UnCabaret is a legendary comedy innovator largely responsible for the revolution in alt comedy. It's a place for wildly fun, idiosyncratic, intimate, conversational comedy, where comedy luminaries share the stories ripped from the headlines of their own lives. Always different, and always about the now. UnCabaret has been breaking ground in comedy for 25 years live and on Amazon, Sirius and Comedy Central.

Read more about UnCabaret in the LA Weekly cover story. 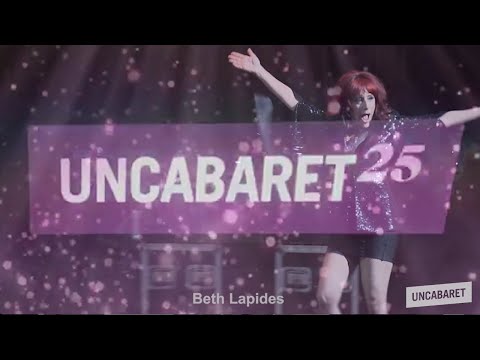 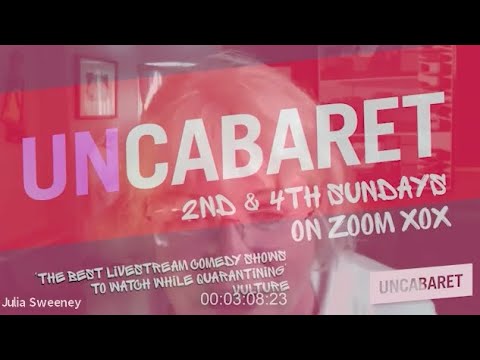 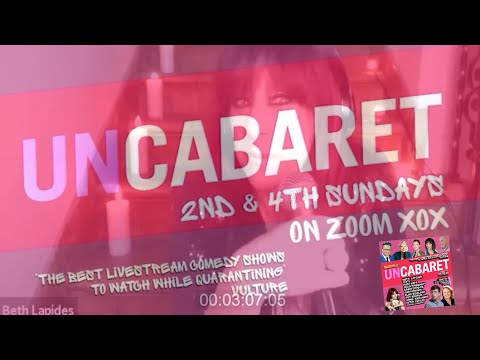 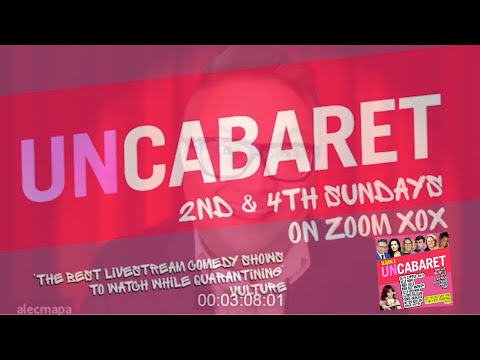 You may also like the following events from Beth Lapides:

Tickets for UnCabaret Zoom Edition #15 can be booked here. 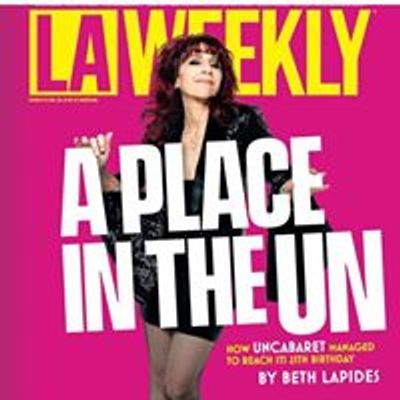