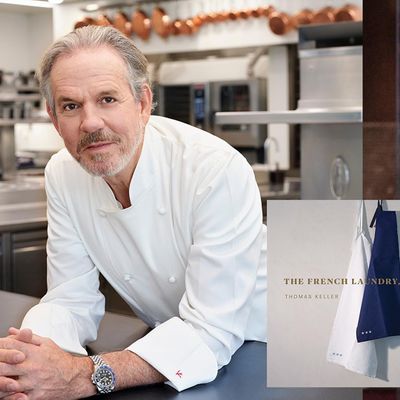 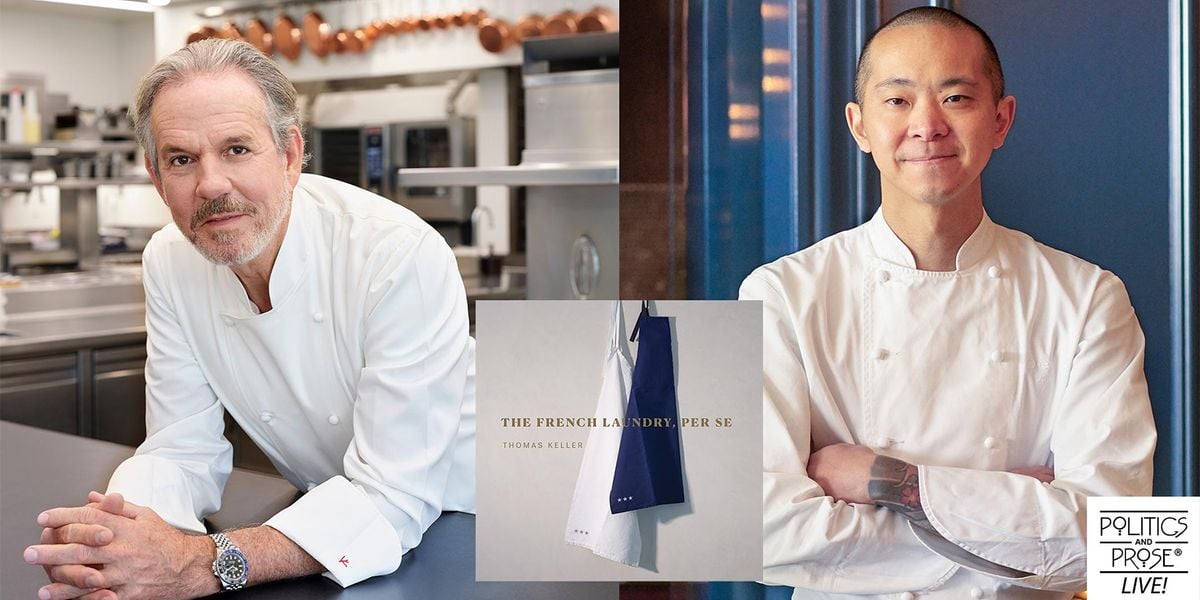 For each copy of THE FRENCH LAUNDRY, PER SE purchased from now through the week of the event (ending 12/5), $3 will be donated to Martha's Table. All copies purchased during this time period will be signed by Thomas Keller.

Thomas Keller’s first new book in nearly a decade, The French Laundry, Per Se, is a six-pound master work filled with inspiring stories, iconic recipes, and stunning color photographs that give insight into what it takes to cook at the highest level—and to build a team that evolves to sustain excellence over time. Bound by a common philosophy, linked by live video, staffed by a cadre of inventive and skilled chefs, the kitchens of Thomas Keller's celebrated restaurants—The French Laundry in Yountville, California, and per se, in New York City—are in a relationship unique in the world of fine dining. Ideas bounce back and forth in a dance of creativity, knowledge, innovation, and excellence. It's a relationship that's the very embodiment of collaboration, and of the whole being greater than the sum of its parts. And all of it is captured in The French Laundry, Per Se, with meticulously detailed recipes for 70 beloved dishes, including Smoked Sturgeon Rillettes on an Everything Bagel, "The Whole Bird," Tomato Consommé, Celery Root Pastrami, Steak and Potatoes, Peaches 'n' Cream.

Throughout, there are 40 recipes for the basics to elevate our home cooking. Some are old standbys, like the best versions of beurre manié and béchamel, others more unusual, including a ramen broth (aka the Super Stock) and a Blue-Ribbon Pickle. And with its notes on technique, stories about farmers and purveyors, and revelatory essays from Thomas Keller--"The Lessons of a Dishwasher," "Inspiration Versus Influence," "Patience and Persistence"-- The French Laundry, Per Se will change how young chefs, determined home cooks, and dedicated food lovers understand and approach their cooking.

Thomas Keller is the author of The French Laundry Cookbook, Bouchon, Under Pressure, Ad Hoc at Home, and Bouchon Bakery. He is the first and only American chef to have two Michelin Guide three-star-rated restaurants, The French Laundry and per se, both of which continue to rank among the best restaurants in America and the world. In 2011 he was designated a Chevalier of the French Legion of Honor, the first American male chef to be so honored. In 2017, as part of the Ment'or Foundation--established with chefs Jérôme Bocuse and Daniel Boulud--Keller led Team USA to win gold at the Bocuse d'Or competition in Lyon, France, for the first time ever.

Corey Chow is chef de cuisine at the three-Michelin-starred Per Se restaurant in New York City. A native of San Gabriel, CA, he learned about the connection between food and cultures through regular weekend dinners with his extended family. After earning a degree in psychology, memories of those dinners inspired him to enroll in culinary school. Early in his restaurant career he set his sights on working for Chef Thomas Keller, joining the Per Se team in 2007 and becoming chef de cuisine ten years later.

Michael Ruhlman is the writer for all the books in the Thomas Keller library, the author of twenty-five books, including nonfiction, fiction, memoir, and cookbooks.

Alice Waters is the executive chef, founder, and owner of Chez Panisse Restaurant and Café in Berkely, California. She founded the Edible Schoolyard and has received the French Legion of Honor, WSJ Magazine Humanitarian Innovator Award, and three James Beard Awards. Alice is Vice President of Slow Food International and the author of thirteen books. Her most recent books are My Pantry, The Art of Simple Food II, 40 Years of Chez Panisse, and In the Green Kitchen. She lives in Berkeley, California. 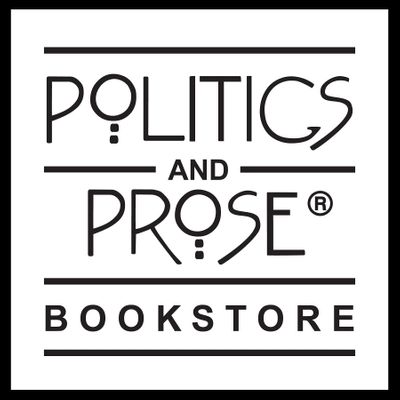 Politics and Prose
Follow Contact
About The Host: So many books, so little time. Proud independent bookstore in Washington, DC since 1984.
Website Link: http://www.politics-prose.com
Advertisement
Event details from Eventbrite Report a problem ?