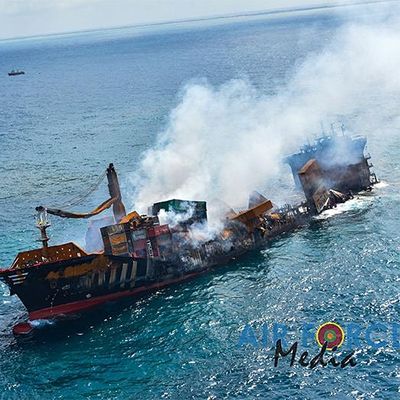 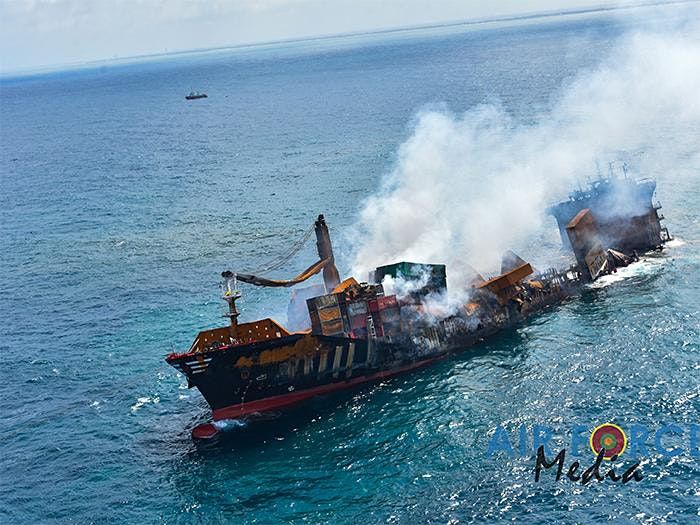 The X-Press Pearl - What Really Happened?

Sri Lanka is facing the worst, man-made, ecological disaster in her history. The stricken Singaporean cargo vessel, the MV X-Press Pearl, caught fire in the waters off the coast of Colombo on 20th May 2021. A criminal investigation was launched into how the fire started. The X-Press Pearl was laden with 25 tonnes of the highly corrosive nitric acid (used in the manufacture of fertilisers and explosives), 350 tonnes of oil fuel, other chemicals, cosmetics, and billions of plastic pellets (78 tonnes). Having rescued the crew, the Sri Lankan Navy attempted to tug the vessel into deeper waters, but the ship started to sink, with a real and imminent danger of an oil spillage.

Dharshani Lahandapura, Chair of the Marine Environmental Protection Authority (“MEPA”) and an Attorney at Law, talks to FoSLA about what really happened. How did this ecological disaster strike Sri Lanka and how is Sri Lanka facing up to the challenges ahead?

The containership’s voyage data recorder has been recovered and will form part of an investigation into how much was known by the crew about the chemical leak on the vessel.

MEPA is tasked with the prevention, reduction, control, and management of pollution arising from ship-based activity in Sri Lankan waters. MEPA plans to assess the quality of the sea water and marine diversity alongside other researchers and organisations. On 3rd June, Shmuel Yoskovitz, the CEO of X-Press Feeders (the company that owns the X-Press Pearl vessel), apologised to the people of Sri Lanka for the harm caused to their environment and their livelihoods but questions remain as to how this disaster could have been averted or can now be mitigated. Yoskovitz has commissioned environmental experts including ITOPF (International Tanker Owners Pollution Federation) to monitor the situation in Sri Lanka. By September, MEPA will know more. What could have been done differently? Why Sri Lanka is not a party to the Convention on Hazardous and Noxious Substances? What difference this would make? These toxic chemicals and plastic pellets will work their way up the food chain.

As we watch this tragedy rapidly unfurl before our eyes with predictions of environmental pollution lasting decades, thousands of fishermen have lost their livelihoods. The Sri Lankan authorities have rightly paused fishing along a stretch of over 80km of Sri Lanka’s coast. Dead sea turtles, dead fish and plastic pellets are being washed ashore daily covering Sri Lanka’s previously stunning beaches. We know marine insurers can expect hull machinery, cargo and liability claims but what about the damage to the environment? London P&I Club provides protection and indemnity to the X-Press Pearl and will most likely cover compensation and treatment for the injuries suffered by members of the crew and any environmental impact, but to what extent? Two members of the crew were rushed to hospital after the first fire on board the vessel, a third has been treated for injuries but it is believed that there are no life-threatening or life-changing injuries for the crew. Reports are emerging that dangerous and toxic goods on-board were not declared and pandemic staff shortages led to crew fatigue. Join us in September to find out more. Sri Lanka has one of the busiest commercial shipping lanes in the world, accidents can happen at any time, but what lessons can be learnt from this disaster and how can Sri Lanka better protect its precious marine environment and ocean resources?

Tickets for The X-Press Pearl, What Really Happened? can be booked here.