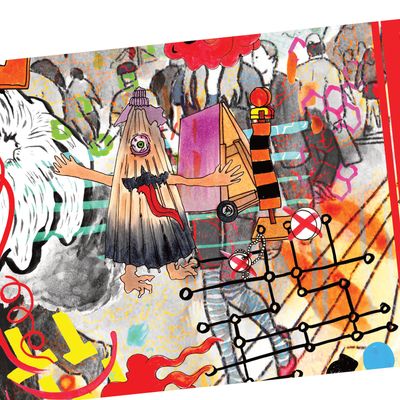 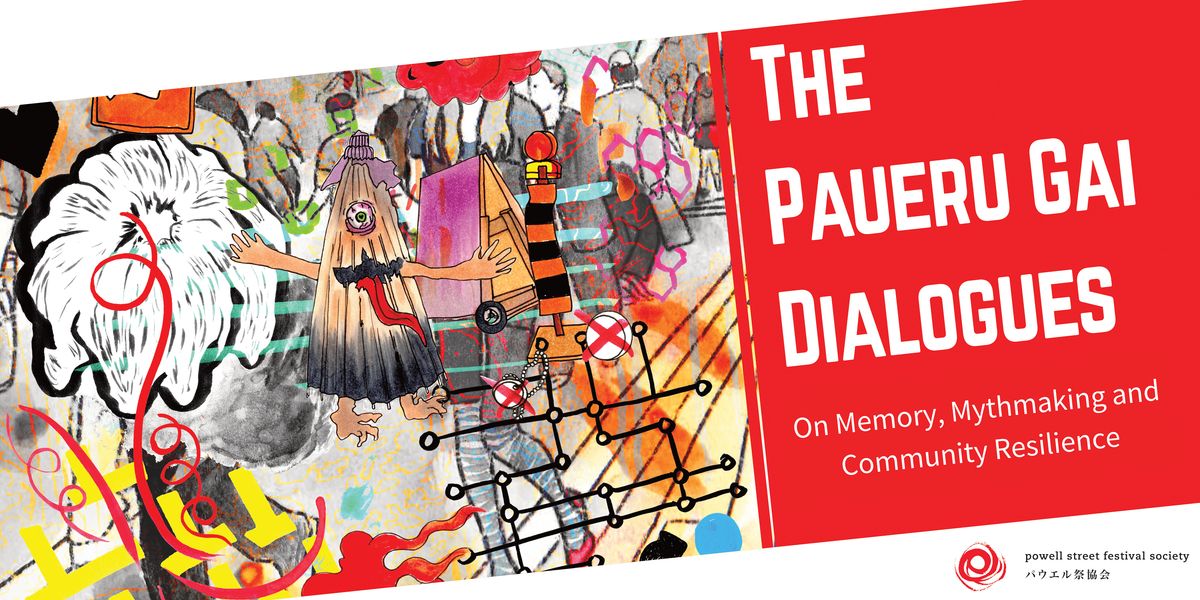 Join us for On Memory, Mythmaking and Community Resilience, the third event of the Paueru Gai Dialogues series.

Powell Street Festival Society announces an online series, The Paueru Gai Dialogues. In a series of monthly online events, BIPOC artists and activists will share their perspectives on current social issues. The project intends to inspire civic engagement and community building during the disruption of the enduring pandemic.

The third event, On Memory, Mythmaking and Community Resilience, is at 1 pm Pacific/4 pm Eastern on Saturday, March 27, 2021. This event is free.

The COVID-19 pandemic and ensuing lockdowns have us looking back at the 1940s internment, dispossession and dispersal of Japanese Canadians through a new lens, bringing up questions of community resilience and cultural values and how they may have been passed down through the generations.

The postwar dispersal brought about a major shift in the demographics and trajectory of the community, creating a vast geographic gap between the two centres of the community – the west coast and central Canada. Ironically, the health measures have also had the effect of bridging this gap – with increased collaboration and dialogues like this taking place online.

What, if anything, have we learned from our past? Are there ways we can harness this renewed sense of connection to heal a fractured community and open up the future to new possibilities? Sign up today and join the discussion!

Participants will be invited into breakout groups to share their perspectives with one another. To wrap up the event, everyone will reconvene to offer questions and debrief together.

John Endo Greenaway is a self-described hapa-sansei who lives and works in the Metro Vancouver area. Born to a Japanese Canadian mother and an English/Irish Canadian father, he has spent the last sixty-plus years trying to figure out where he fits in. He will let you know when he does. In the meantime, he toils in the cultural mines as a graphic designer, taiko player/composer and as managing editor of The Bulletin, a journal of Japanese Canadian community, history and culture. In 2017 he co-authored the book Departures: the expulsion of the Japanese Canadians from the west coast 1942–1949, that he began many years ago with his mother, Fumiko Greenaway. The book reflects his current interest in the poetics of memory as it relates to the internment.

Sherri has been a fine arts professional for 20+yrs as a gallerist, director, writer, editor, publisher, and curator. A graduate of the UBC Sauder School of Business, Sherri co-owned the Bjornson Kajiwara Gallery, a contemporary visual art space, from 2004 – 2008. From 2009 she led an online arts communications company, Vantage Art Projects, to bridge the gap between artists, institutions, galleries, and art fans by creating parallel opportunities for creativity through satellite exhibitions and on-demand publications. Volunteerism includes the BC Museums Association council, Heritage Vancouver public art committee, and several Nikkei community committees. She is Past President of the Contemporary Art Society of Vancouver, and is a teacher and Past President of Three Jewels Vancouver (a yoga/meditation/dharma centre).

Michael Prior is a writer and teacher. His poems have appeared or are forthcoming in Poetry, The New Republic, Narrative Magazine, PN Review, Poetry Northwest, the Academy of American Poets' Poem-A-Day series, and elsewhere. He is a past winner of Magma Poetry's Editors' Prize, The Walrus's Poetry Prize, Matrix Magazine's Lit POP Award for Poetry, and is a 2021-22 Jerome Hill Artist Fellow. His first full-length book of poems, Model Disciple, (Véhicule Press), was published in 2016 and named one of the best books of the year by the CBC. Burning Province (McClelland & Stewart), his second book, was published in 2020. He holds graduate degrees from the University of Toronto and Cornell University.

We are grateful to Hapa Collaborative, SFU's David Lam Centre, The Bulletin (JCCA), ElementIQ, The Canada Council for the Arts, BC Arts Council and City of Vancouver for financial and in-kind support.

You may also like the following events from Powell Street Festival:

Tickets for The Paueru Gai Dialogues #3 can be booked here.