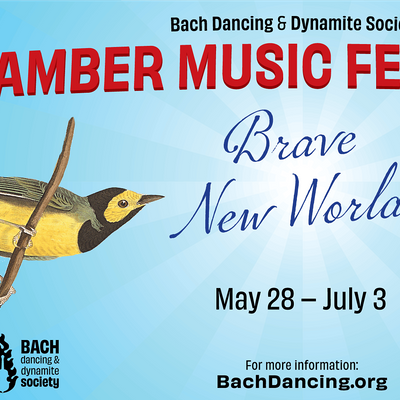 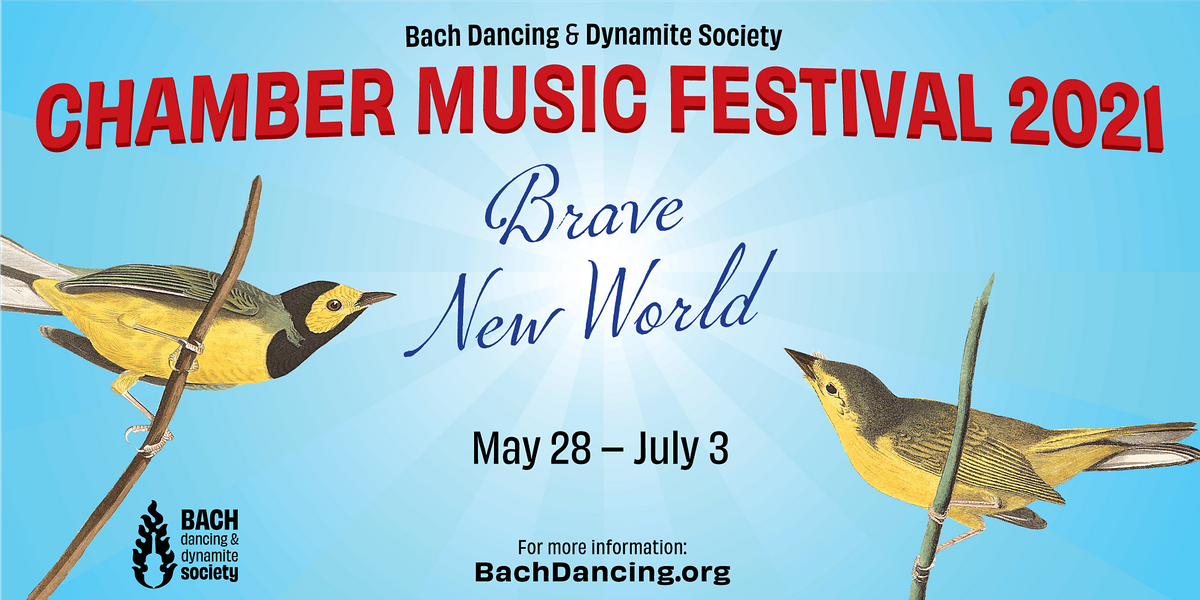 
BDDS is in Madison in June to record a virtual concert series to be released June 12, 19, 26, and July 3, and available all summer! Buy now and we'll send you the links in June.

Brave New World, the series of four video recorded concerts (described below) will feature an engaging mix of music by women, Black and Latin American composers, and traditional chamber music greats. We pay homage to the 250th anniversary of Beethoven’s birth, the 100th anniversary of Astor Piazzolla’s birth, and the celebration of the Emancipation Proclamation, Juneteenth.

Named for one of Hemingway's great novels, this first concert of the series will feature “I will not be sad in this world,” by Armenian-American composer Eve Beglarian for alto flute and electronics; the New Orleans-inflected piano trio “Roots II,” by Black American composer David Baker; "The Negro Speaks of Rivers," for bass-baritone and piano, a poem by Langston Hughes set to music by Black American composer Margaret Bonds; "Dizzy Fingers" by Zez Confrey; and the unforgettable “Four Seasons of Buenos Aires,” by the Argentine-American tango master, Astor Piazzolla. This concert will be available until September 1.

Named for Charles Dickens’ novel of promise both fulfilled and unfulfilled, the second concert includes music by the Chevalier de Saint-Georges, a great 18th century curator and composer of African descent; settings of the poetry of Langston Hughes by Black American composer Margaret Bonds; Jessie Montgomery's "Peace (2020)"; and Beethoven’s witty and moving Piano Trio No. 2. This concert will be available until September 1.

Named for one of the greatest novels of Soviet-era Russia, the series' third concert features Mussorgsky's powerful “Songs and Dances of Death”; two tempestuous character pieces for flute and piano by Sofia Gubaidulina; Shostakovich’s shattering piano trio from the height of the Stalin years; and Russian music for flute and bayan by Stas Venglevski. This concert will be available until September 1.

We've asked four fabulous local artists to provide a postcard image for one piece in each concert. Audience members will be invited to write a postcard to a friend in response to the music and a throught-provoking prompt from the musicians. Purchase all four concerts by June 1st and we'll mail you four art postcards. Single-ticket buyers can download the postcards from our website. Let our concerts help give a voice to your thoughts and feelings!

Add ons: You can add BDDS Dinner Drawing tickets and merch on your check out page.

You may also like the following events from Bach Dancing & Dynamite Society:

Tickets for SERIES TICKET: BRAVE NEW WORLD - All Four Concerts On Demand can be booked here.

Bach Dancing & Dynamite Society
Follow Contact
About The Host: Now in our 30th season, BDDS is a lively, groundbreaking chamber music festival in June 2021, in Madison, Stoughton, and Spring Green, Wisconsin.
Website Link: http://www.bachdancing.org
Are you the host?
Advertisement
Event details from Eventbrite Report a problem ?