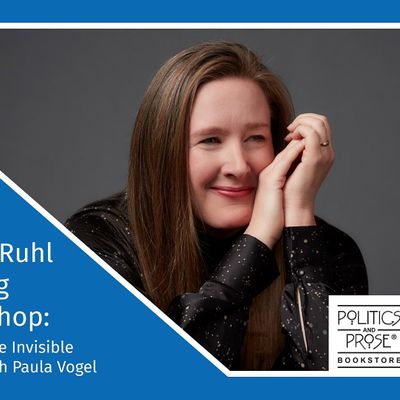 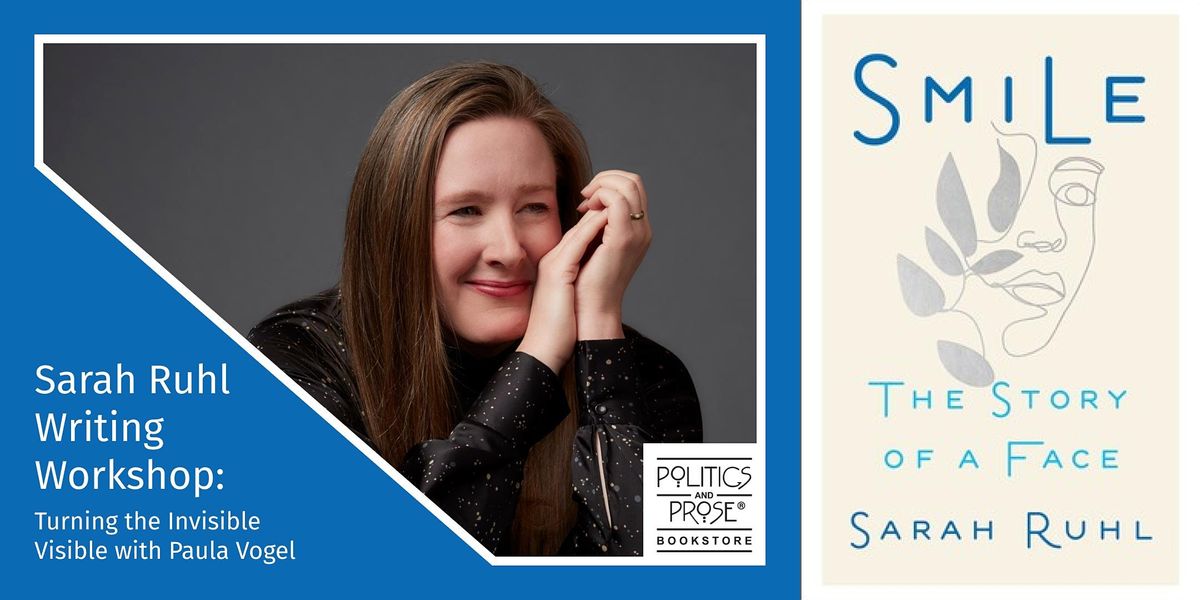 An inter-genre workshop that will bring concrete images to your writing.

Join the acclaimed playwright, poet, and author Sarah Ruhl for an afternoon of experimental writing and exercises to fine tune your craft.

In this workshop, Sarah will take the participants through an in-depth craft talk with one of her mentors, Pulitzer Prize winning playwright Paula Vogel. Ms. Vogel is also founder and co-curator of Bard at the Gate, an online reading series currently produced in partnership with McCarter Theatre Center. Afterwards, Sarah will lead the session in prompts and breakout rooms that will give you a chance to practice some new tools right away while you share your ideas about the process with others.

Each workshop ticket will include a copy of Sarah's book

BIPOC scholarships are available. Please reach out to Y2xhc3NlcyB8IHBvbGl0aWNzLXByb3NlICEgY29t for more information.

Sarah Ruhl is a playwright and writer of other things. Her fifteen plays include In the Next Room (or the Vibrator Play), The Clean House, and Eurydice. She has been a two-time Pulitzer Prize finalist, a Tony Award nominee, and the recipient of the MacArthur “genius” Fellowship. Her plays have been produced on- and off-Broadway, around the country, internationally, and have been translated into many languages. Her book 100 Essays I Don’t Have Time to Write was a New York Times Notable Book. Her other books include Letters from Max, with Max Ritvo, and 44 Poems for You. She has received the Steinberg Playwright Award, the Samuel French Award, Feminist Press Under 40 Award, the National Theater Conference Person of the Year Award, the Susan Smith Blackburn Prize, a Whiting Award, a Lily Award, and a PEN/Laura Pels International Foundation for Theater Award for mid-career playwrights. She teaches at the Yale School of Drama, and she lives in Brooklyn with her husband, Tony Charuvastra, who is a child psychiatrist, and her three children. You can read more about her work at SarahRuhlPlaywright.com

Paula Vogel is a Pulitzer Prize-winning playwright whose plays include Indecent (Tony Award nomination for Best Play), How I Learned to Drive (Pulitzer Prize for Drama, the Lortel Prize, OBIE Award, Drama Desk Award, Outer Critics Circle and New York Drama Critics Awards for Best Play), The Long Christmas Ride Home, The Mineola Twins, The Baltimore Waltz, Hot’n’Throbbing, Desdemona, And Baby Makes Seven, The Oldest Profession and A Civil War Christmas. She is the founder and co-curator of Paula Vogel’s Bard at the Gate, an online reading series currently produced in partnership with McCarter Theatre Center. Lifetime achievement awards include: American Theatre Hall of Fame Award, the Obie Award, and NY Drama Critics Circle Award. She is honored to have three awards dedicated to emerging playwrights in her name: The American College Theatre Festival's Paula Vogel Award in Playwriting, the Paula Vogel Award given annually by the Vineyard Theatre, and the Paula Vogel Mentor’s Award by Young Playwrights of Philadelphia. She was the 2019 inaugural UCLA School of Theater, Film and Television Hearst Theater Lab Initiative Distinguished Playwright-in-Residence. She is currently serving as judge for the Yale Drama Series 2021 and 2022 competitions. Her plays are published in six volumes by TCG Press and she teaches playwriting workshops throughout the United States and abroad. www.paulavogelplaywright.com

The book will be shipped out after the workshop.

REFUND POLICY: Please note that we can issue class refunds up until seven (7) days before the class session.

If you have any questions please email Y2xhc3NlcyB8IHBvbGl0aWNzLXByb3NlICEgY29t

Politics and Prose
Follow Contact
About The Host: So many books, so little time. Proud independent bookstore in Washington, DC since 1984.
Website Link: http://www.politics-prose.com
Are you the host?
Advertisement
Event details from Eventbrite Report a problem ?