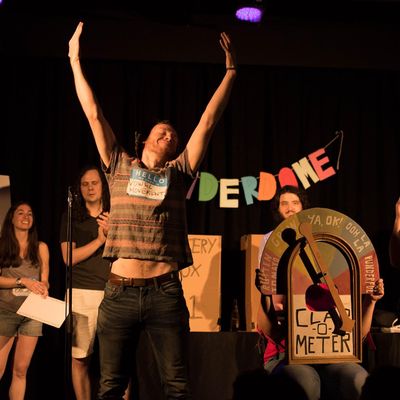 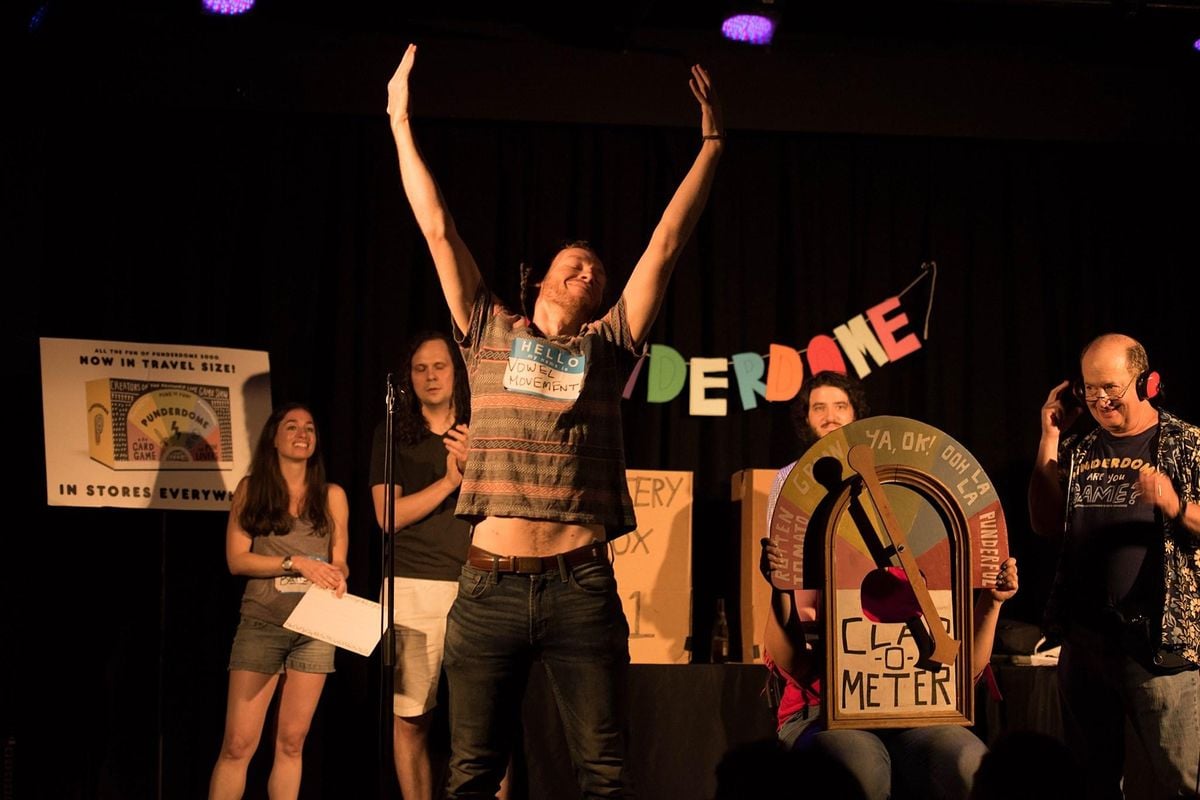 THIS IS AN ONLINE EVENT

Founded by a Rodney Dangerfield impersonator and his alleged daughter (Fred and comedian Jo Firestone), the Punderdome’s live monthly show was a fixture on New York’s comedy landscape from May 2011 to March of last year, when the pandemic forced the transition from stage to virtual. As a result, ’Dome punticipants now include Bonafide Pun Champions from NYC and beyond; Champs from Australia, Canada, Malaysia, the UK, as well as from throughout the US, regularly do the ’Dome.

Tonight’s show will feature our Main Event - the All-Star Tournament of Pun Champions, where punsters deliver two-minute pun-stand-up routines, after only two minutes of preparation. Punderdome Champs Lingo Quar, Daft Pun, The Pink Punther, Words Nightmare, Lexi Kahn, Hot Cross Puns, and Punder Woman AS WELL AS Australian Champ Sir Arthur Pundragon will pun it out for ’Dome bragging rights and “As Seen on TV”-type prizes! And, that’s not all...

GQ Magazine shouted the Punderdome® as one of the “5 Funniest Nights in America,” and quoted comedian Chris Gethard on why it’s great: “The crowd. You’d think you were at the Roman Colosseum. They’re passionate, to a level that feels dangerous. And to reiterate, this is a pun competition.”

The New Yorker’s “Battle of Wits: A Report from the Punderdome”: “Can you imagine a more potent cure for the weekday blues? Here was concentrated, unabashed silliness that I longed to bottle and smuggle out in my purse.”

Swing American: “The intellect on display is stunning. Hardly a pun is repeated throughout the entire night. What Punderdome ends up achieving is the transformation of the delivery of the lowly pun to one of the greatest displays of human ingenuity contemporary New York has to offer."

10% of donations/tickets will go to Action Against Hunger.

Link to streaming event will be sent with ticket confirmation. 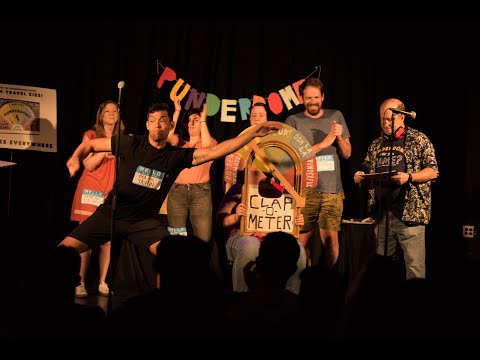 You may also like the following events from littlefield:

Tickets for PUNDERDOME®: NYC’s (and the Globe’s) Comedy PUN Show! 5/6 can be booked here. 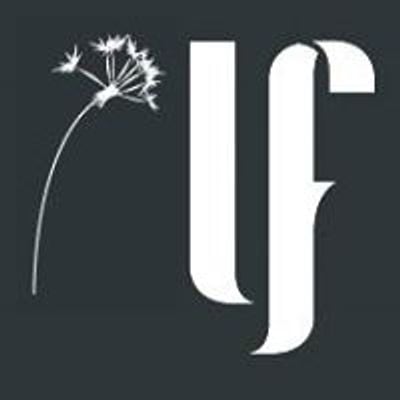