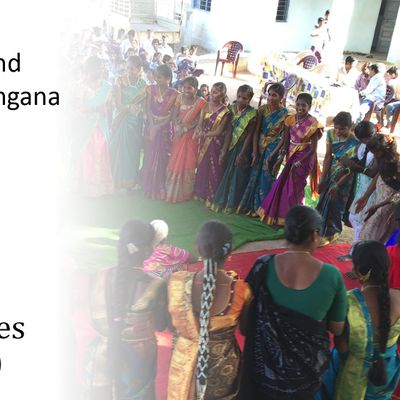 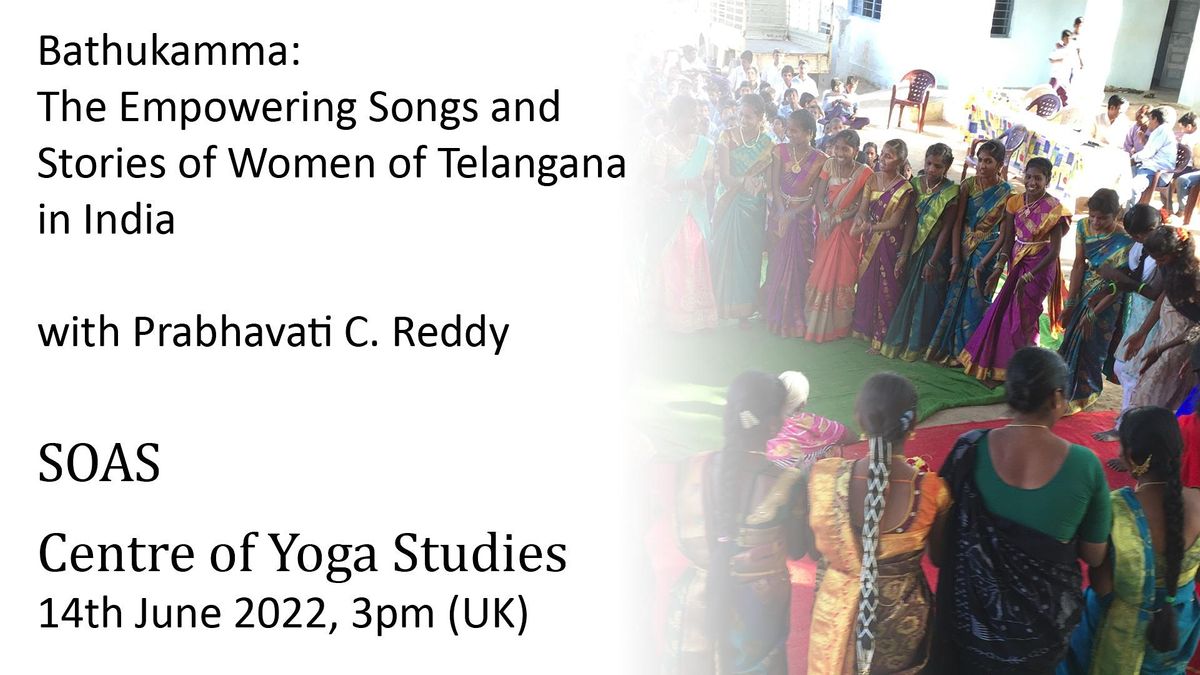 Bathukamma: The Empowering Songs and Stories of Women of Telangana in India

Telangana has been celebrating the Bathukamma festival for more than five hundred years, and represents a rich oral tradition of Telugu folk songs narrating the life of Bathukamma and other village women in agrarian Indian society. Bathukamma means “mother of life” or “mother live on” and she is characterized as a Flower Goddess (or flower-shrine), representing the ideas of life, death, and rebirth. The annual festival exemplifies these ideas by means of making flower-shrines for Bathukamma, who is worshipped as Gauramma. Women worship Bathukamma by singing and dancing around her flower shrines for nine days (in parallel to Navarātri of Durgā) and finally immersing them in local waters.

I like to talk about the ideological aspects of Bathukamma in the folk spirituality of Telangana with reference to the ways in which she is worshipped in the form of nature (prakṛti-devata), Gauramma (Durgā, Śakti, Pārvatī) and deified married women (perantāllu).

What we learn from the empowering songs and stories of women is that Bathukamma stands out as a different goddess who has neither a temple of her own nor an iconic image, and is not worshipped daily or through pilgrimage. She is a transitory goddess, who lives on in the hearts of women, and her life is celebrated through a festival of flowers in beautiful autumn, seeking a rejuvenation of life and optimism for household women and wellbeing Telangana people.

Dr. Prabhavati C. Reddy is an erudite scholar and adjunct professor of Hindu religious traditions and philosophies, at George Mason University, USA. Her book, Hindu Pilgrimage: Shifting Patterns of Worldview of Srisailam in South India was published by Routledge in 2014. Her articles on Hindu temples and rituals, Indian art and Bathukamma are published in professional journals. Dr. Reddy’s monograph on Tantra and Yoga Traditions in Andhra Pradesh and Telangana (13th to 20th century) is to be published in 2023.

Also check out other Festivals in Online, Health & Wellness Events in Online.

Tickets for Prabhavati Reddy can be booked here.

SOAS Centre of Yoga Studies
Follow Contact
SOAS is leading the way in the new field of yoga studies, which is growing rapidly around the globe. We host the Hatha Yoga Project, a research initiative funded by the European Research Council, which will chart the history of physical yoga practices, and we are one of only four universities in the world to offer an MA in Yoga and Meditation. The Centre of Yoga Studies is a hub for scholars, students and all those interested in yoga and hosts lecture series, seminars and workshops in order to share our work, learn from that of others and develop new collaborations. Sign up to our Facebook page to stay up to date with news and events.  We also have a YouTube channel with event recordings.
Are you the host?
Advertisement
Event details from Eventbrite Report a problem ?