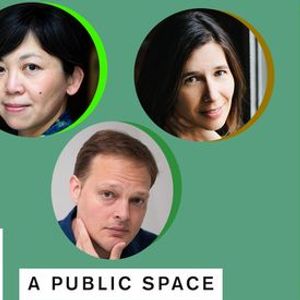 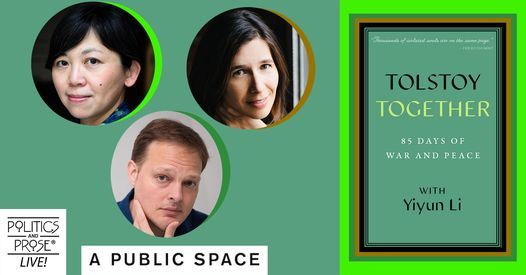 This event is presented in partnership with our friends at A Public Space.

For the writer Yiyun Li, whenever life has felt uncertain, War and Peace has been the novel she turns to. In March 2020, as the pandemic tightened its grip, Li and A Public Space launched #TolstoyTogether, a War and Peace book club, on Twitter and Instagram, gathering a community (that came to include writers such as Joyce Carol Oates, Garth Greenwell, and Carl Phillips) for 85 days of prompts and conversation. It was an experience shaped not only by the time in which they read but also the slow, consistent rhythm of the reading. And the extraordinary community that gathered for a moment each day to discuss Tolstoy, history, and the role of art in a time like this.

Tolstoy Together captures that moment, and offers a guided, communal experience for past and new readers, lovers of Russian literature, and all those looking for what Li identifies as "his level-headedness and clear-sightedness offer ing] a solidity during a time of duress.

Garth Greenwell is the author of What Belongs to You, which won the British Book Award for Debut of the Year, was long-listed for the National Book Award, and was a finalist for six other awards. A New York Times Book Review Editors’ Choice, it was named a Best Book of 2016 by more than fifty publications in nine countries, and is being translated into a dozen languages. He is also the co-editor of the story collection Kink, alongside R.O. Kwon.

Idra Novey is the author of the novels Those Who Knew, a finalist for the 2019 Clark Fiction Prize and a New York Times Editors’ Choice; and Ways to Disappear, a finalist for the Los Angeles Times Book Prize for First Fiction. Her works as a translator include Clarice Lispector’s novel The Passion According to G.H. and a co-translation with Ahmad Nadalizadeh of Iranian poet Garous Abdolmalekian, Lean Against This Late Hour. She teaches fiction in the Creative Writing Program at Princeton University.