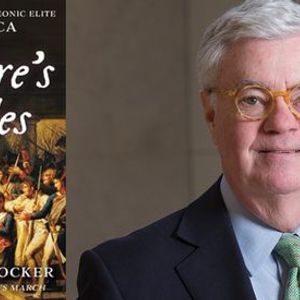 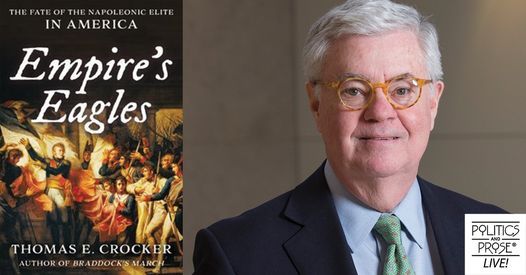 The never-before told story of how Napoleon's top brass escaped to America after Waterloo. Empire's Eagles is colorful, new, and an effectively unknown chapter in American history. In its center is the mystery of whether Napoleon's "Bravest of the brave," Marshal Ney, cheated a firing squad to escape under an alias and reinvent himself in America. At sunset on June 18, 1815 Napoleon Bonaparte was in desperate flight from the battlefield at Waterloo. Racing to reach Paris, he abandoned on the road his armored coach and Imperial necessaire containing a fortune in precious gems and cash. Would he stand and fight again or flee to the United States of America? On the run and with his options dwindling by the day, Napoleon came within one hour of secretly slipping to America on a Baltimore privateer with the active collusion of the United States consul in Bordeaux. Empire's Eagles tells the details of this story for the first time ever.

Thomas E. Crocker is a native Washingtonian. He is a graduate of St. Albans School, Princeton University (Woodrow Wilson School of Public & International Affairs) and Columbia University Law School. From 1975-81 he served as a Foreign Service Officer, specializing in Portuguese and West European politico-military matters, base negotiations and expansion of NATO. For many years he was a partner in a large national law firm, Alston & Bird LLP, where he co-headed the International Trade and Regulatory practice group. In addition to Empire's Eagles, Mr. Crocker is also the author of Braddock's March: How the Man Sent To Seize a Continent Changed American History , which received the 2011 Distinguished Book Award from both the New York and District of Columbia Societies of Colonial Wars. Mr. Crocker is currently a member of two national-level historical book prize committees.