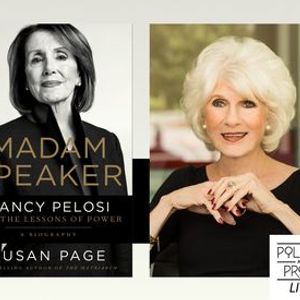 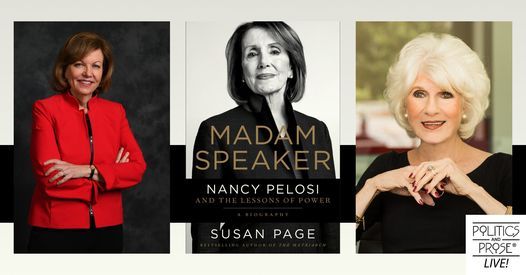 Featuring more than 150 exclusive interviews with those who know her best—and a series of in-depth, news-making interviews with Pelosi herself—MADAM SPEAKER is unprecedented in the scope of its exploration of Nancy Pelosi’s remarkable life and of her indelible impact on American politics.

Susan Page is the Washington Bureau chief of USA Today, where she writes about the White House and national politics. She is the author of The Matriarch: Barbara Bush and the Making of an American Dynasty, a New York Times best-seller published in 2019. Her new book, a biography of Nancy Pelosi titled Madam Speaker: Nancy Pelosi and the Lessons of Power, is being published by Twelve/Hachette in April 2021. Susan has covered eleven presidential elections and is now covering her seventh White House administration. In 2020, she moderated the vice-presidential debate between Mike Pence and Kamala Harris. She frequently appears as an analyst on TV and radio.

Page will be in conversation with Diane Rehm, a native Washingtonian and award-winning radio host. In 1979, she began hosting WAMU’s local morning talk show, Kaleidoscope, which was renamed The Diane Rehm Show in 1984. The Diane Rehm Show grew from a local program to one with international reach and a weekly on-air audience of more than 2.8 million. Diane now brings her unique mix of curiosity, honesty, intimacy and nearly 40 years as host of WAMU and NPR’s The Diane Rehm Show to the podcast world.