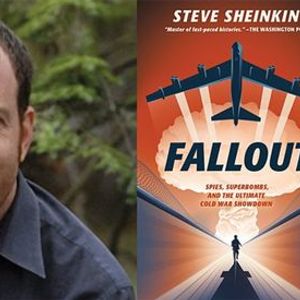 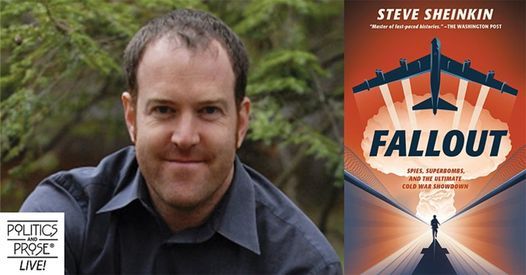 Steve Sheinkin takes readers on another electrifying journey through history with Fallout: Spies, Superbombs, and the Ultimate Cold War Showdown, telling the story of the Cold War and the world’s closest call with a third World War. The conclusion of the Second World War left the United States and the Soviet Union as world super powers on opposite ends of the political spectrum. Focusing on the ensuing competition between the two nations, Sheinkin’s fast-paced retelling deep dives into destructive bombs, the space race, and undercover spies.

Steve Sheinkin is a New York Times bestselling author most known for his many fast-paced non-fiction works adapted for young readers. Some of his latest works are Bomb, The Port Chicago 50, and Undefeated. Sheinkin’s work has received numerous awards including a Newbery Honor, three Boston Globe–Horn Book Awards, a Sibert Medal, and three National Book Award finalist honors. Sheinkin currently resides in Saratoga Springs, New York, with his wife and two children.