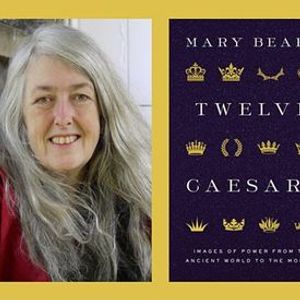 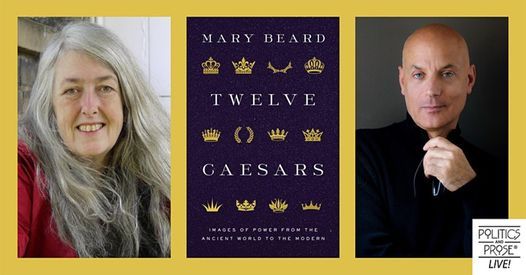 From Beard's reconstruction of Titian's extraordinary lost Room of the Emperors to her reinterpretation of Henry VIII's famous Caesarian tapestries, Tweleve Caesrs includes fascinating detective work and offers a gripping story of some of the most challenging and disturbing portraits of power ever created.

Mary Beard is one of the world’s leading classicists and cultural commentators. A specialist in Roman history and art, she is professor of classics at the University of Cambridge and the author of bestselling and award-winning books, including SPQR: A History of Ancient Rome and Women and Poer: A Manifesto. She has also written and presented many television programs, from Civilisations and Meet the Romans to The Shock of the Nude.

Beard will be in conversation with Daniel Mendelsohn, is an internationally bestselling author, critic, essayist, and translator. He has also been a contributing editor at Travel + Leisure and a columnist for The New York Times Book Review, Harper’s, and New York magazine, where he was the weekly book critic. In February 2019, he was named Editor-at-Large of the New York Review of Books and the Director of the Robert B. Silvers Foundation