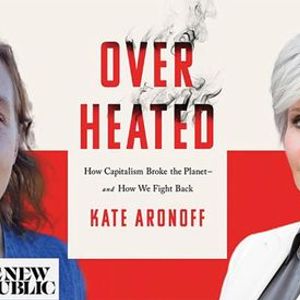 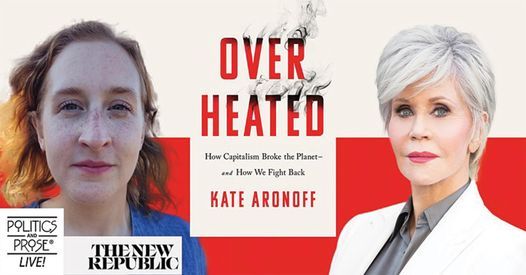 This event is presented in partnership with our friends at The New Republic.

It has become impossible to deny that the planet is warming, and that governments must act. But a new denialism is taking root in the halls of power, shaped by decades of neoliberal policies and centuries of anti-democratic thinking. Since the 1980s, Democrats and Republicans have each granted enormous concessions to industries hell bent on maintaining business as usual. What’s worse, policymakers have given oil and gas executives a seat at the table designing policies that should euthanize their business model.

This approach, journalist Kate Aronoff makes clear, will only drive the planet further into emergency. In Overheated, Aronoff lays out an alternative vision, detailing how democratic majorities can curb polluters’ power; create millions of well-paid, union jobs; enact climate reparations; and transform the economy into a more leisurely and sustainable one. Our future will require a radical reimagining of politics—with the world at stake.

Aronoff will be in conversation with Jane Fonda, two-time Oscar winner and an Emmy award–winning American actress and a political activist. She sits on the boards of V-Day: Until the Violence Stops, the Women’s Media Center (which she cofounded in 2004), the Georgia Campaign for Adolescent Power & Potential, and Homeboy Industries. Her book, What Can I Do? My Path from Climate Despair to Action, is on sale now.