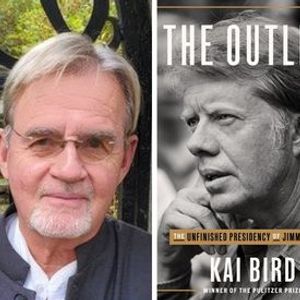 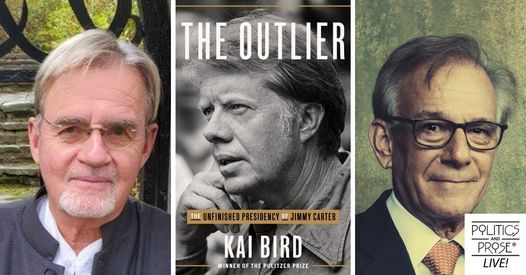 In these remarkable pages, Pulitzer Prize–winning biographer Bird traces the arc of Carter’s administration, from his aggressive domestic agenda to his controversial foreign policy record, taking readers inside the Oval Office and through Carter’s battles with both a political establishment and a Washington press corps that proved as adversarial as any foreign power. Bird shows how issues still hotly debated today—from national health care to growing inequality and racism to the Israeli-Palestinian conflict—burned at the heart of Carter’s America, and consumed a president who found a moral duty in solving them.

Drawing on interviews with Carter and members of his administration and recently declassified documents, Bird delivers a profound, clear-eyed evaluation of a leader whose legacy has been deeply misunderstood. The Outlier is the definitive account of an enigmatic presidency—both as it really happened and as it is remembered in the American consciousness.

Kai Bird is a Pulitzer Prize–winning historian and journalist. He is the acclaimed author of biographies of John J. McCloy and of McGeorge and William Bundy. He won the Pulitzer Prize for biography for American Prometheus: The Triumph and Tragedy of J. Robert Oppenheimer (co-authored with Martin J. Sherwin). His work includes critical writings on the Vietnam War, Hiroshima, nuclear weapons, the Cold War, the Arab-Israeli conflict, and the CIA.

Kai will be in conversation with David Ignatius, the Associate Editor and Columnist at The Washington Post and has numerous publications in Foreign Affairs, The New York Times Magazine, Atlantic Monthly, and others. His coverage of the M**der of Saudi journalist Jamal Khashoggi won 2018 George Polk Special Award and was also a member of finalist team for 2018 Pulitzer Prize for Public Service. He's the author of eleven novels and a fellow of the Harvard Kennedy School’s Belfer Center and has taught as an adjunct lecturer at HKS.

Tickets for P&P Live! Kai Bird | The Outlier with David Ignatius can be booked here.