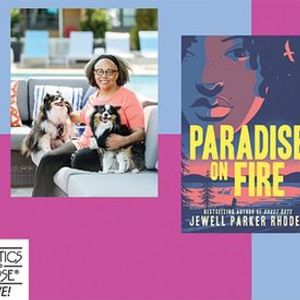 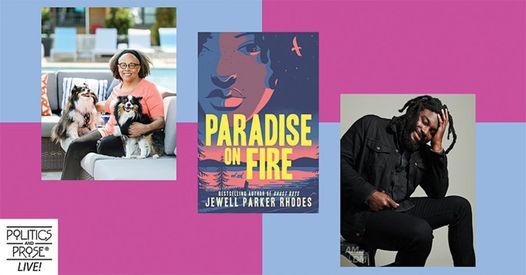 Addy is raised by her grandparents after her parents are lost in a fire. Her grandmother signs Addy up for a wilderness program for city kids in Paradise, California. Vigilant about safety since the fire, Addy learns to rely on the other kids in the program as they master skills like camping, hiking, and building campfires. When a wildfire strikes the area, Addy must face her fears and lead her friends to safety, using her ability to think strategically, newfound wilderness skills, and her intuition to survive. Jewell Parker Rhodes inspires with a story of bravery and resiliency in Paradise on Fire.

Jewell Parker Rhodes is the author of Ninth Ward, winner of a Coretta Scott King Honor; Sugar, winner of the Jane Addams Children's Book Award; the New York Times-bestselling Ghost Boys; as well as Bayou Magic, Towers Falling, and Black Brother, Black Brother. She has written many award-winning novels for adults, including Magic City, a novel about the 1921 Tulsa Race Massacre. Jewell is the Virginia G. Piper Endowed Chair of Creative Writing at Arizona State University.

Jason Reynolds is currently the National Ambassador for Young People’s Literature and the number-one New York Times bestselling author of many books, including Stamped (For Kids), Long Way Down, Look Both Ways, All American Boys, As Brave As You, and many others. He is a two-time National Book Award finalist and the recipient of a Newbery Honor, a Printz Honor and multiple Coretta Scott King Honors. He also received a Kirkus Prize, two Walter Dean Myers Awards, and an NAACP Image Award and Carnegie medal.