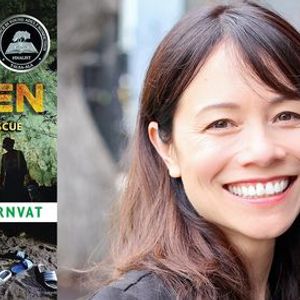 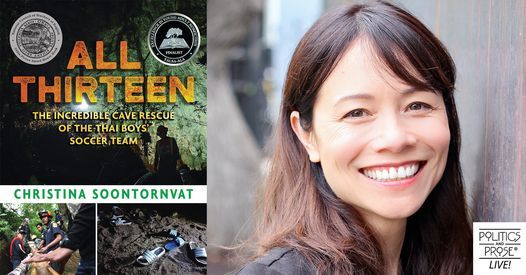 On June 23, 2018, twelve members of the Wild Boars soccer team and their beloved coach went exploring in a cave in northern Thailand. They thought they’d only be there for an hour, but rising floodwaters trapped them for seventeen days. As a team of military personnel, engineers, medics, cave divers, and other volunteers assembled for an increasingly dangerous rescue mission, the boys and their coach helped each other cling to hope. In this mesmerizing and nuanced account—named a 2020 Best Book of the Year by five publications and the recipient of seven starred trade reviews—Christina Soontornvat tells the inspiring story of a community that came together aboveground and below.

Christina Soontornvat grew up behind the counter of her parents’ Thai restaurant in a small Texas town with her nose stuck in a book. She is a storyteller, engineer, and STEM educator. Her many books include the Diary of an Ice Princess series and the middle grade fantasy A Wish in the Dark, which was named a Best Book of the Year by The Washington Post and School Library Journal. She lives in Austin, Texas with her husband, two young children, and one old cat.